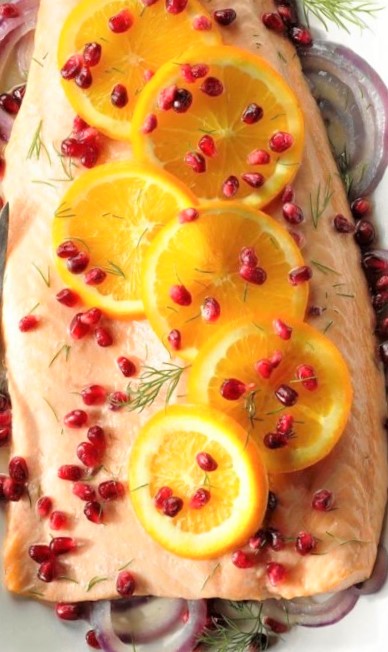 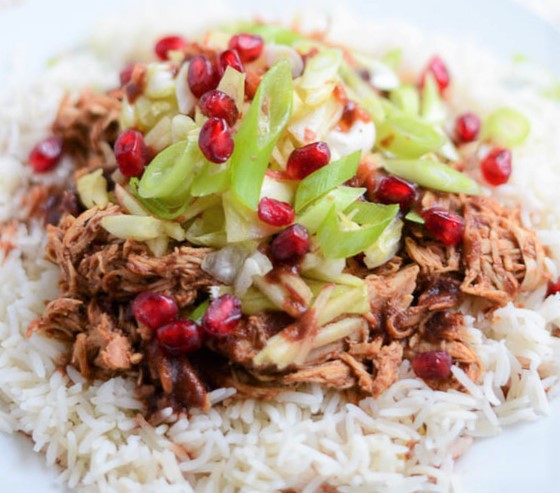 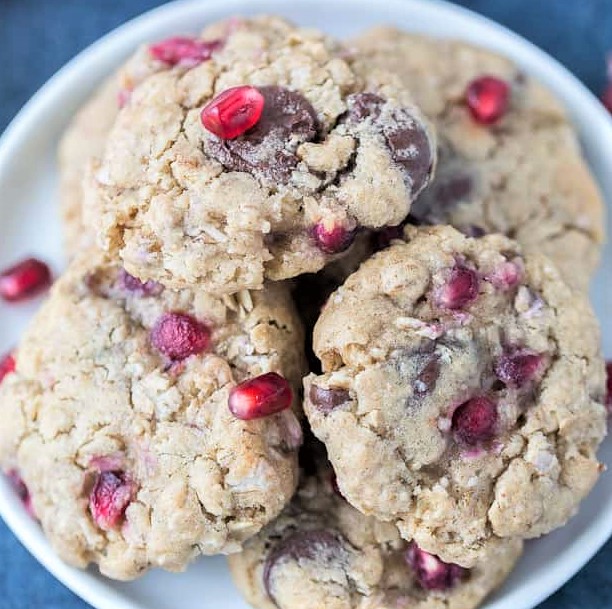 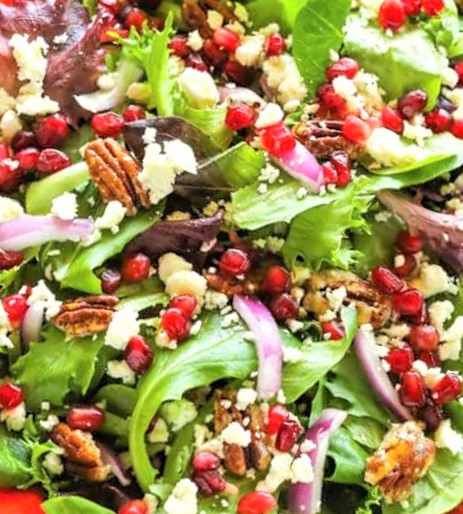 Pomegranate is a deciduous (it sheds it leaves and hibernates) shrub that grows anywhere between 16 and 33 feet tall.  It produces a bright red fruit that is categorically a berry.  The skin is inedible, but when you break it open, it is full of deliciously edible seeds-anywhere from 200 to 1400 seeds depending on the maturity of the shrub and the fruit.  These seeds are packed in a juice and is the most common form of consumption of pomegranate.

Pomegranates are full of nutrients.  One cup contains 7 grams of fiber, 3 grams of protein, 30% of Recommended Daily Intake (RDI) of Vitamin C, 36% RDI of Vitamin K and 12% RDI of Potassium.  They also contain a unique antioxidant called Punicalagin.  This is an antioxidant so powerful it has three times the antioxidant activity of red wine and green tea.  Preliminary evidence indicates pomegranate juice can be useful in men with prostate cancer, potentially inhibiting cancer growth and lowering the risk of death.  Laboratory studies also suggest pomegranate extract can help fight breast cancer cells, but no human studies have been done yet.  Several studies have shown pomegranate can have benefits against heart disease. It improves your cholesterol profile and protects LDL cholesterol from oxidative damage.  Pomegranate has antibacterial and antiviral properties.  They are also a rich source of nitrates which boost blood flow which is helpful during and after working out.  Pomegranate was traditionally used as a remedy for diabetes in the Middle East and India. While much is still unknown about the effects of pomegranate on diabetes, it may help decrease insulin resistance and lower blood sugar.

Pomegranates are super healthy and good for you.  Adding pomegranate juice to your diet is a great way to get the fruit's nutrients and a boost of antioxidants especially if you don’t want to mess with the actual fruit itself.  Although I found the seeds at Walmart this weekend in the produce section so that is another option rather than the whole fruit.  It’s just one more natural way to help yourself stay healthy.  Make your grocery list and pick up some pomegranate in any form this week.  Then meet me in the kitchen this weekend for some foods featuring the powerful pomegranate.

One more thing, Monday November 11 is Veterans Day.  I want to take a moment to thank all veterans, but especially my Dad, Terry Rawlings and Uncle Lane Montague.  My uncle was in the Army and served in Vietnam.  Dad also served in Vietnam in the Navy on the USS Princeton, an air craft carrier, and later on the USS Schenectady, a LST tank landing ship.  I am so very proud of the veterans in my family and want to thank all veterans for their service and sacrifices.

salt and pepper to taste

In medium bowl, make BBQ sauce by whisking tomato paste, pomegranate juice, apple cider vinegar, honey, smoked paprika, garlic powder, onion powder, cumin, chili powder, salt and Dijon mustard.  Taste and adjust as desired.  Place Crock Pot liner in 6-quart slow cooker.  Place chicken into slow cooker. Pour over half (about 1 cup) of BBQ sauce, stirring to combine. Set other half of sauce aside.  Cover and cook on low for 5-6 hours, or until chicken is cooked through and shreds easily with a fork.  While chicken is cooking, prepare apple slaw.  In medium bowl, combine apples, scallion, cabbage, olive oil, apple cider vinegar, salt and pepper. Allow to sit for at least 5 minutes for flavors to combine. I usually make mine just as soon as I get the chicken in the slow cooker so it marinates all day. Remove chicken, shred with 2 forks, then return to slow cooker, stirring back into sauce. Add remaining 1 cup BBQ sauce and stir to combine.  Serve chicken over greens, rice or in buns, then top with Apple Slaw and a sprinkling of pomegranate seeds.  Yum!

2 skinned salmon fillet (about 2 pounds each)

Preheat oven to 375°. Place a 28x18-in. piece of heavy-duty foil in a 15x10x1-in. baking pan. Place onion slices in a single layer on foil. Top with salmon and sprinkle with salt. Arrange orange slices over top. Sprinkle with pomegranate seeds and drizzle with oil. Top with a second piece of foil. Bring edges of foil together on all sides and crimp to seal, forming a large packet.  Bake until fish just begins to flake easily with a fork, 25-30 minutes. Be careful of escaping steam when opening packet. Remove to a serving platter and sprinkle with dill.

½ cup pomegranate seeds (drained and dried on a paper towel)

In medium bowl, whisk together flours, baking soda, salt and oats. In bowl of an electric mixer fitted with paddle attachment, beat butter and sugars until light and fluffy about 2 minutes. Add egg and vanilla extract and mix until combined. Add dry ingredients and mix until just combined. Using a stiff rubber spatula, fold in chocolate chips and pomegranate seeds.  Cover dough with plastic wrap and chill for at least 30 minutes to an hour.  Preheat oven to 350°F. Line two baking sheets with parchment paper.  Using medium cookie scoop, arrange dough balls 2 inches apart.  Bake cookies for 12-14 minutes or until lightly golden around the edges. Remove from oven and let cool on baking sheet for two minutes before transferring to a wire rack. Cool completely.