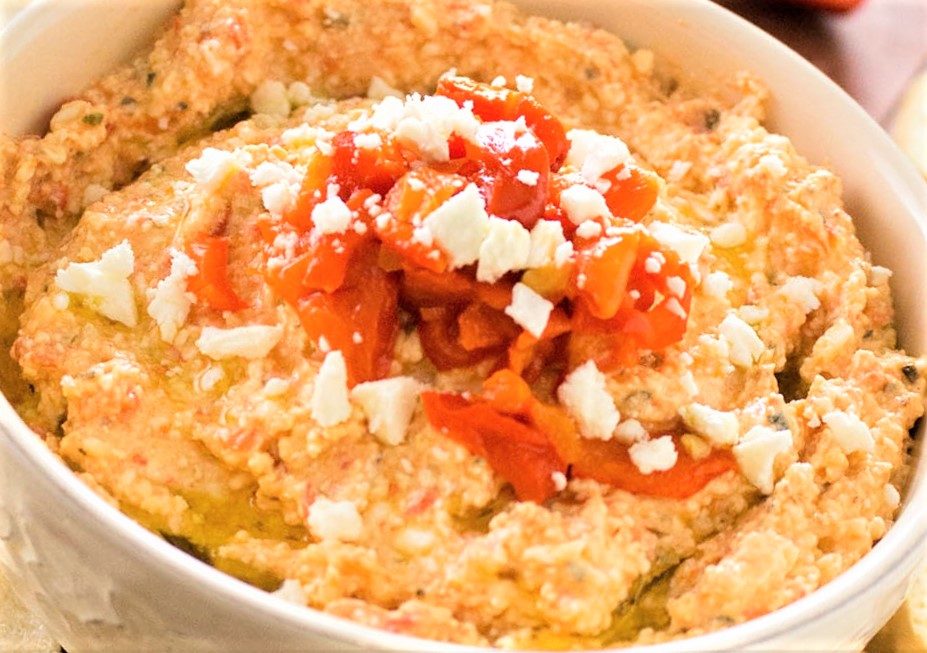 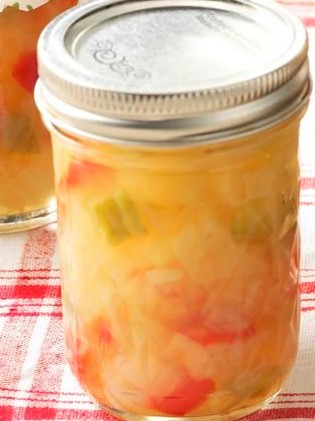 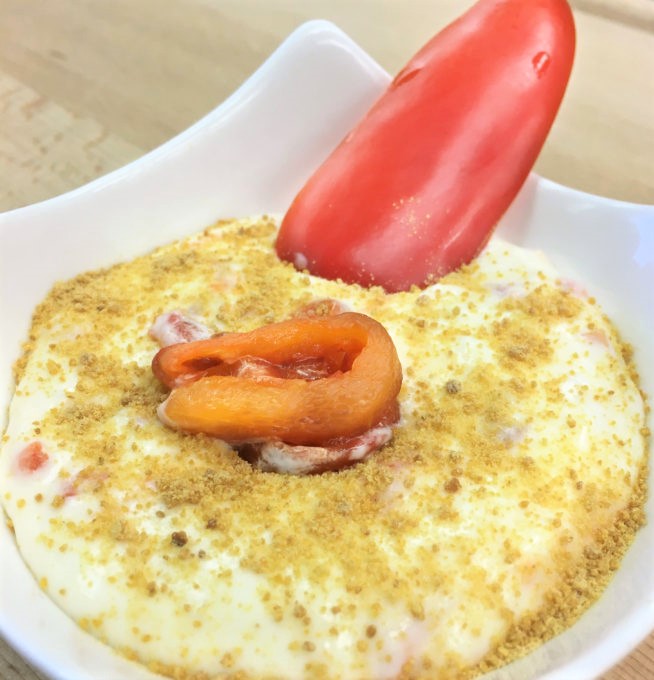 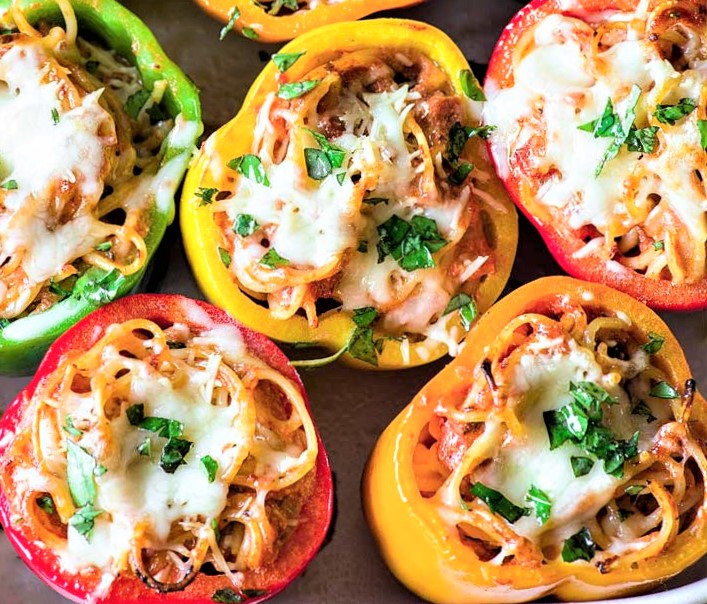 It’s National Pepper Month!  I love yellow peppers and use them in many dishes and will even eat them raw as a snack once in a while.  Peppers come in several colors.  The most common colors in the store are red, orange and yellow, but they also come in white, purple (both lavender and deep purple) and brown.  Green peppers are technically not a variety of their own.  Green peppers can be any variety of colored pepper, but they are picked before they have really begun to ripen.  Because they are not yet ripe, they do not contain the same health benefits the others do. Peppers are botanically a berry but are traditionally used as a vegetable.  When allowed to fully ripen, they do get sweeter though so don’t be afraid of using them in desserts!  I had no room for them today, but google red pepper cake or ice cream or even candied peppers.  The recipes are out there if you are adventurous enough to try them out.

Peppers are made up of mostly water and carbs, but contain a plethora of nutrients.  If you will recall from a couple weeks ago, peppers contain an extremely high amount of Vitamin C about 169% of the Daily Recommended Intake (RDI).  They also contain Vitamins B6, B9 K1, E and A as well as Potassium.  They are also rich in several antioxidants such as Quercetin, Luteolin and Capsanthin.

Bell peppers contain over 30 different types of carotenoids.  These are essential to eye health and can actually heal some damage already in the eye as well as prevent or slow other issues with sight.  Carotenoids also deactivate free radicals which cause cancer.  B6 is known to help balance your mood by enhancing serotonin and norepinephrine.  B6 also aids in melatonin production which helps you sleep better.  Vitamin E helps keep skin looking fresh and young, and hair strong and vibrant.  Vitamin C and K have anti-inflammatory properties, which reduces swelling and protects against osteoporosis.  Those anti-inflammatory properties also lower inflammation in arteries protecting against heart disease.

This weekend take a look at the produce section at Walmart or stop by Miss Mary’s Market and pick up some vibrant peppers in red, orange or yellow for a delicious flavor boost to your meal that tastes great and adds brilliant color to the dishes as well.  Then meet me in the kitchen this weekend to roast, dice and eat some poppin’ peppers!

Place red pepper on a baking sheet.  Cut top off bulb of garlic, drizzle with olive oil and wrap in foil. Place on baking sheet as well.  Roast pepper and garlic in oven at 400°F for 40 minutes.  Let cool slightly, then cut pepper to remove stem, seeds and extra liquid. Add to food processer and squeeze cloves of roasted garlic in as well.  Add remaining ingredients and process until well combined.  Taste and add additional cayenne pepper or feta if desired.  If you want your dip a little thicker, add extra beans.

8 bell peppers color of your choice

½ cup spaghetti sauce of choice-I don’t like much sauce.  Feel free to increase to coat spaghetti to your liking.

Preheat oven to 350°F. Spray a 9x9 inch (or similar size) baking pan with cooking spray, then set aside.  Cook spaghetti per package instructions, then drain. Place spaghetti in a bowl and cover with a towel until ready to mix.  While spaghetti cooks, prepare bell peppers by cutting off tops and removing seeds and ribs. If any of peppers do not stand upright on their own, cut a little off the bottom so they're level. Arrange bell peppers in prepared baking dish.  Also while pasta cooks, add Feta, parmesan cheese and sauce to a large bowl and mix together until smooth. If desired, season with salt and pepper.  Add cooked spaghetti to bowl with sauce and toss to coat.  Fill prepared peppers evenly with coated pasta. Pasta should be to top of peppers but not overflowing.  Cover dish with aluminum foil and bake for 30 minutes. Remove foil and sprinkle Italian blend cheese on top of peppers, then bake uncovered for another 8-10 minutes or until peppers are tender and cheese has melted.  Serve spaghetti stuffed peppers immediately.

In a nonreactive Dutch oven, combine all ingredients and bring to a boil over medium high heat. Reduce heat and simmer, uncovered, 10-15 minutes or until onions are crisp-tender, stirring occasionally. Transfer to a large bowl and cool to room temperature.  Refrigerate, covered, at least 6-8 hours before serving to allow flavors to meld. Refrigerate up to 2 weeks.

Turn on the broiler on your oven.  Cut the cap off each pepper, and pull out the seeds. Discard.  Cut the peppers in half, and lay skin side up on a baking sheet lined with foil.  Broil until skins are charred black, about 10 minutes.  Remove peppers from oven, and use tongs to place them in a glass bowl.  Cover with foil and let peppers steam for at least 20 minutes.  This will make them easier to peel, but feel free to allow them to cool completely before removing from foil.  Remove covering, and peel charred skins off.  Dice 1 cup peppers and save anything left over for use in a salad, pasta sauce or just to eat as a side to dinner.  With a hand mixer, mix cream cheese and condensed milk until well blended.  Stir in roasted bell peppers until just combined and pour mixture into serving bowl.  Refrigerate for 20 minutes or until the cheesecake is set.  Sprinkle with graham cracker crumbs before serving.  Serve with crackers, fruit or sliced bell peppers!

Note: This can be used as actual cheesecake.  To make it as a cheesecake, use 16 oz cream cheese, ½ cup condensed milk and 8oz Cool Whip.  Mix well, no baking needed!  Taste and adjust pepper as desired.  Buy or prepare a crust and pour the mixture in.  If using as a cheesecake, allow to cheesecake to set for at least 8 hours.