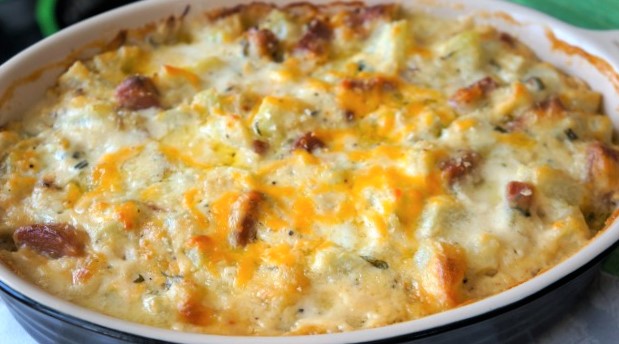 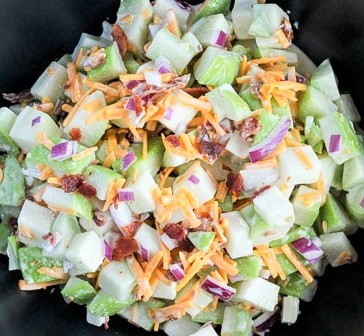 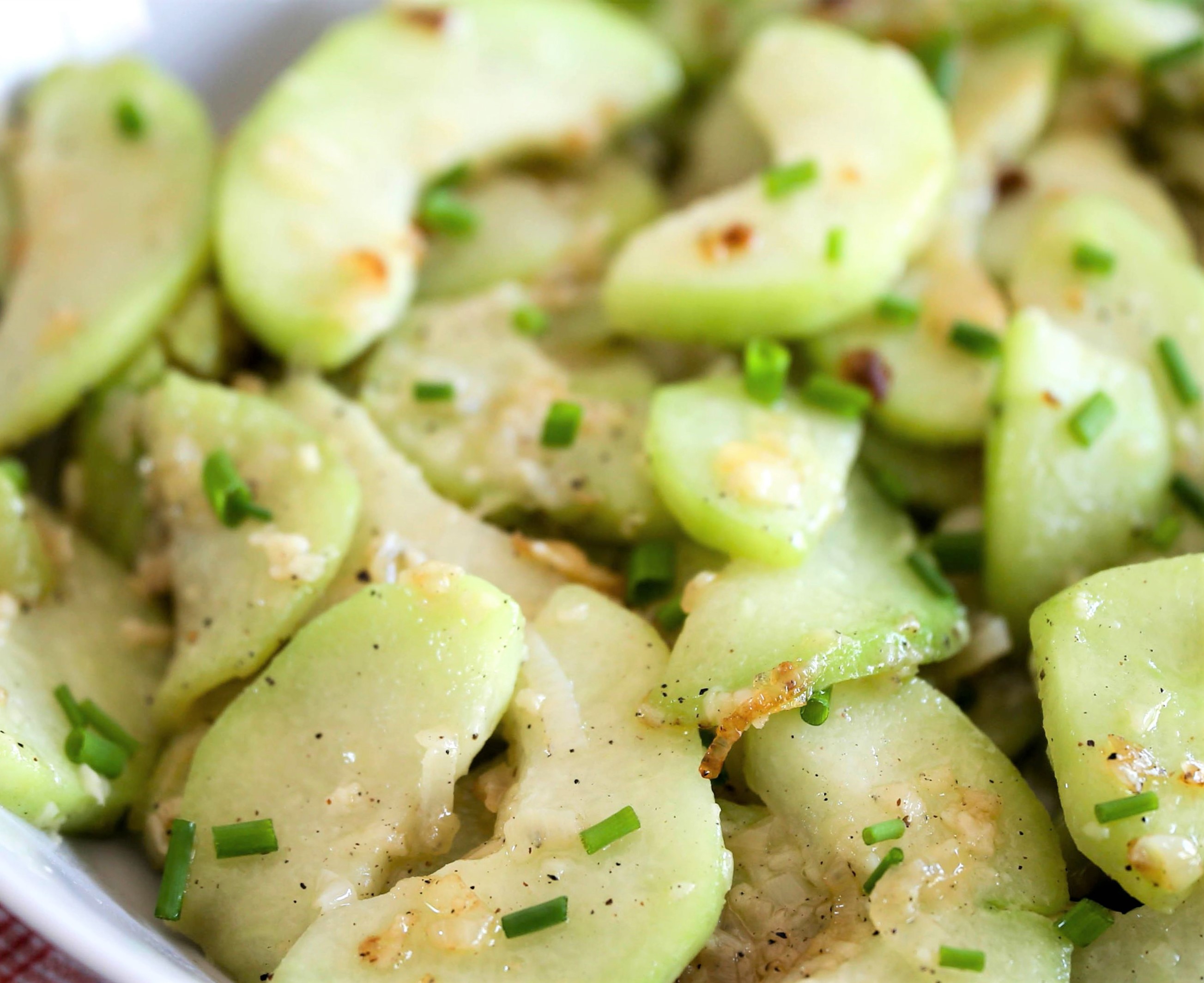 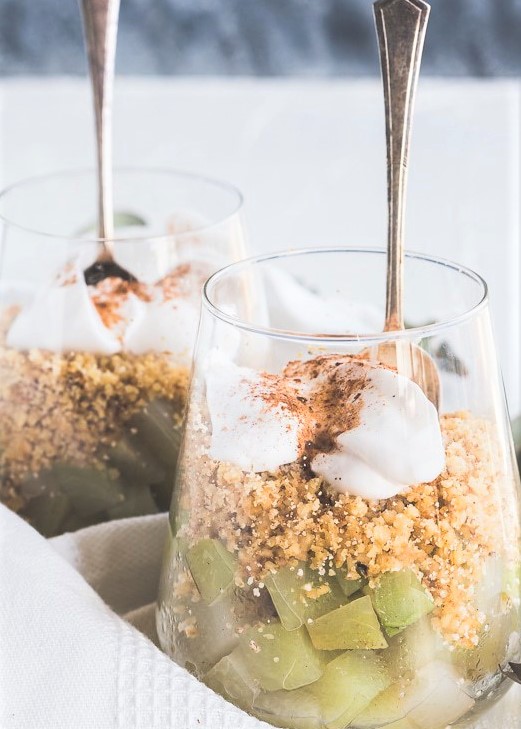 Chayote Squash is in season, but how many have even heard of it, let alone cooked with it? Chayote is a member of the gourd family and botanically a fruit.  This pear shaped squash grows on a vine and is called a vegetable pear due to the general shape and pale green pear-like color and because, although it is a fruit, it is most often prepared as a vegetable.  It also has the crunchy texture of unripe pear.  However, it has a mild, almost cucumber-like flavor.  Another plus for anyone interested, the entire plant is edible.  Feel free to make a salad out of the vines, leaves and even the flowers.  The seed is soft and some people just slice it right along with the flesh and cook the whole thing.

It may be small but it is packed with nutrients while also being low in calories, fat, sodium, and total carbs.  Chayote squash provides the antioxidants quercetin, myricetin, morin, and kaempferol.  Research published on PubMed Central suggests myricetin carries strong anticancer, antidiabetic, and anti-inflammatory properties.  Another antioxidant is Vitamin C of which chayote contains 26% of the recommended daily intake (RDI) per gourd.  In addition to its antioxidant capacity, vitamin C is necessary for producing collagen, one of the primary proteins found in skin. Collagen is often credited with giving skin its firm, youthful appearance.

Chayote is also high in soluble fiber with helps control blood sugar levels. Studies show unique plant compounds in chayote may play a role in increasing your sensitivity to insulin by reducing the activity of enzymes linked to poor blood sugar control and type 2 diabetes.  It is also high in Vitamin B9 or folate which is essential for proper cell division.  At 47% RDI per gourd, chayote is a great way to add this vitamin to your diet.

There are two interesting legends about the plant.  First from Australia, where it is called choko, a persistent urban legend is McDonald’s apple pies were made of chayote, not apples. This eventually led McDonald’s to emphasize the fact that real apples are used in their pies.  The second comes from Colombian town of San Bernardo.  Due to its purported cell-regenerative properties, it is believed as a contemporary legend that this fruit caused the mummification of people from there who extensively consumed it. The very well preserved skin and flesh can be seen in the mummies today.  How interesting!

This fruit has a mild flavor and will absorb stronger flavors around it making this exciting to cook.  This is an easy way to replace potatoes, pastas or even some fruits in your meals.  One more thing to mention.  Some people don’t like the peel, some people eat it just fine.  It does take longer to cook with it on though.  If you do want to peel your chayote, peel it under running water or use gloves.  There is an astringent in the peel that causes the skin to tingle if it gets on you.  The running water will help alleviate this.  Make your grocery list and look for this lumpy pear shaped plant!  Join me in the kitchen for easy recipes that feature this vegetable pear!

Peel and cut chayote into quarters and core.  Preheat oven to 350°F. Cut chayote into thin slices.  Heat oil in large skillet over medium heat and gently fry onion and garlic for 2-3 minutes.  Add chayote and fry for another further 5-8 minutes until pieces are slightly golden.  Add cream and cheese, stir until cheese has melted. Season with salt & pepper.  Spoon mixture into baking dish and bake for 40 minutes.

Melt butter in heavy large skillet over medium-high heat. Add chayote and garlic.  Sauté until chayote is crisp-tender, about 3 minutes. Stir in green onions. Season with pepper.  Transfer to bowl and sprinkle with remaining parmesan cheese to taste.

Believe it or not, you will find it hard to tell this is not made with real apples!

Place chayote in large pot and cover with water.  Add sweetener, cinnamon, ginger and nutmeg.  Bring to boil. Reduce heat and simmer for 5 minutes. Remove from heat and drain.  Divide chayote between two serving dishes and top with 3 tablespoons ground walnuts and 1 tablespoon yogurt. Serve warm or cover and refrigerate for at least two hours to serve cold.