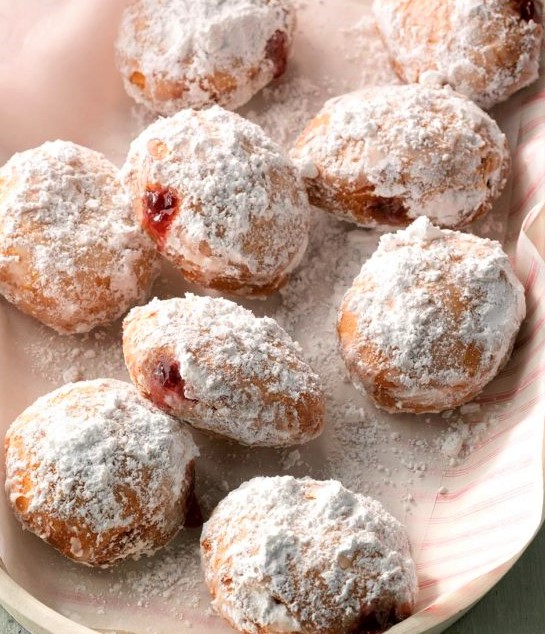 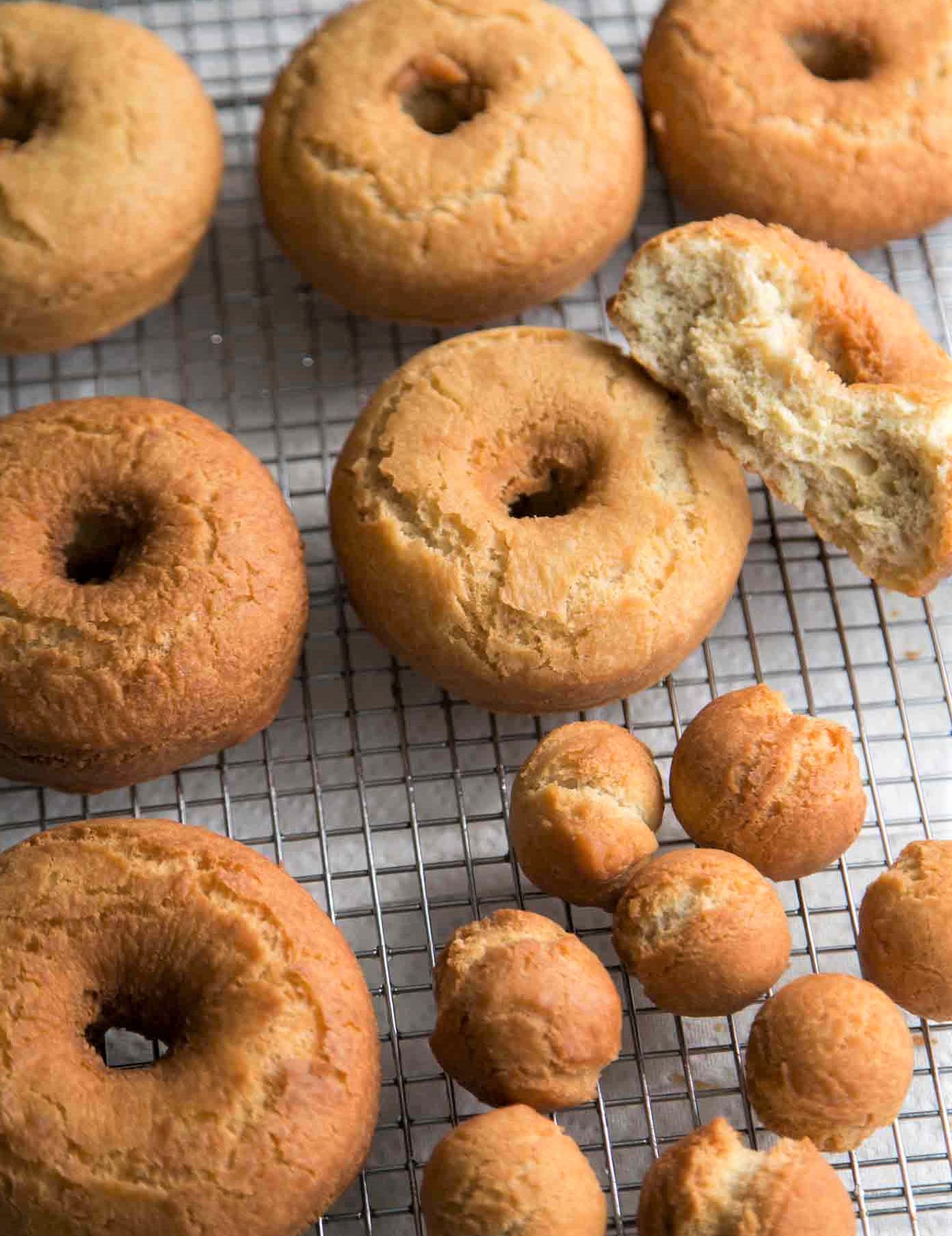 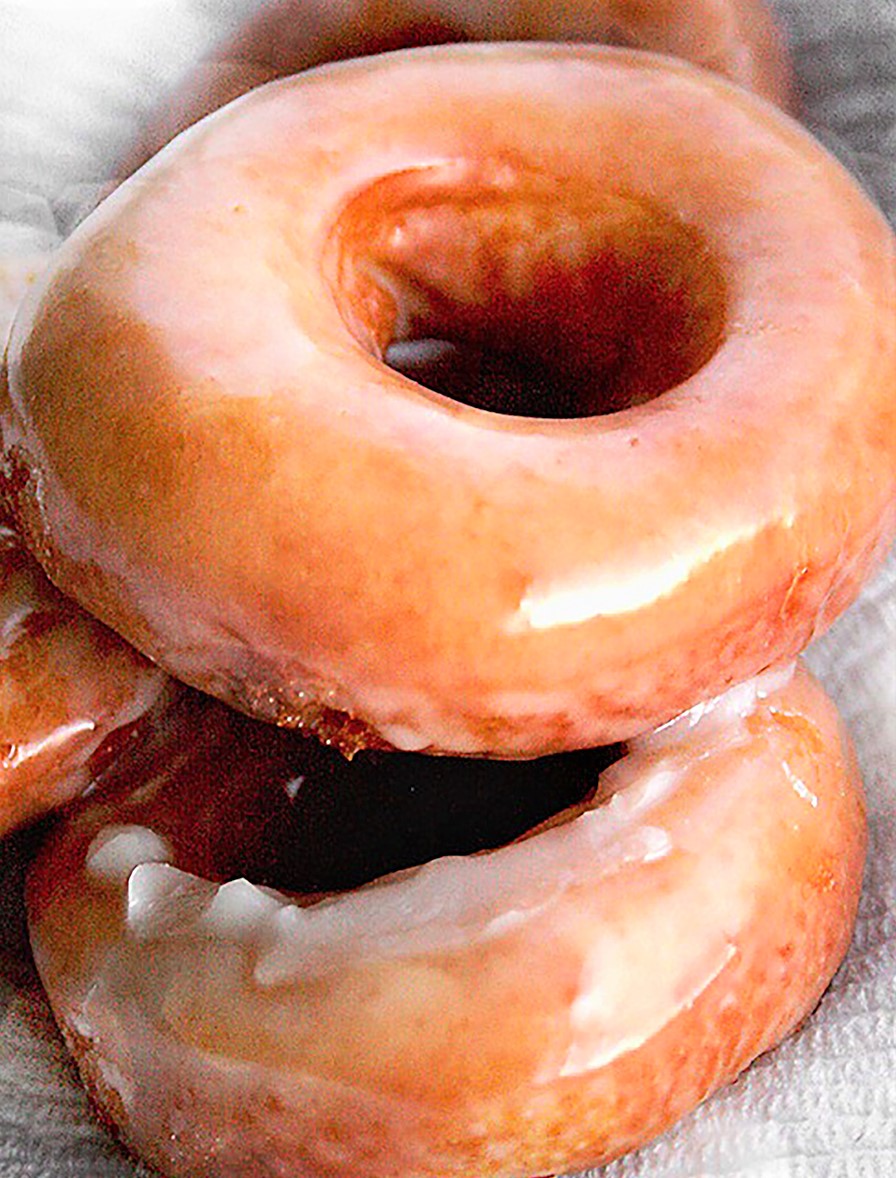 The first Friday in June is designated as National Doughnut Day!  A doughnut is a deep fried ring of dough coated with glaze or topped with frosting of choice.  There is something about walking into a donut shop and having the smell of warm doughnut assault your senses that is just blissful.

National Doughnut Day was created in 1938 as a campaign by the Salvation Army.  During WWI, Salvation Army volunteers went to France to provide freshly baked goods for the Allied troops. Since they were working out of abandoned huts, fresh baked goods were difficult.  Two volunteers came up with the idea to serve doughnuts, which were reported to have been an “instant hit” among the troops.  The women who volunteered came to be known by the servicemen as “Doughnut Dollies” during WWII.

Dunkin’ Donuts is the most popular donut shop (they sell about 9 billion more doughnuts than Krispy Kreme).  It was started by an unassuming man.  William Rosenberg was operating a catering business in which he sold snacks in converted secondhand trucks near factories around his native Dorchester, Massachusetts. Over time, he noticed doughnuts and coffee accounted for 40 percent of his sales, and in 1948 launched a doughnut shop called the Open Kettle in Quincy, Massachusetts.  Two years after opening, Rosenberg changed the name to Dunkin’ Donuts and the rest is history.  When Rosenberg died in 2002, there were more than 5,000 Dunkin’ Donuts shops, including about 40 outlets under kosher supervision, in about 30 countries.  Today, according to Dunkin’ Donuts website, there are more than 11,300 Dunkin' restaurants worldwide – that's over 8,500 restaurants in 41 states across the U.S. and over 3,200 international restaurants across 36 countries!

This weekend pick up some extra oil for frying.  Peruse the jams and pick your favorite if you like the filled variety.  Then, meet me in the kitchen for easy donuts from home!

In deep fryer or 3-quart saucepan, heat 3 to 4 inches oil to 375°F. In large bowl, beat 1 1/2 cups flour and remaining ingredients with electric mixer on low speed 30 seconds, scraping bowl constantly. Beat on medium speed 2 minutes, scraping bowl occasionally. Stir in remaining flour.  On generously floured surface, roll dough lightly to coat. Gently roll to 3/8-inch thickness. Cut dough with floured 2 1/2-inch doughnut cutter.  Fry doughnuts in oil, 2 to 3 at a time, turning as they rise to the surface. Fry 2 to 3 minutes or until golden brown on both sides. Remove from oil with slotted spoon and drain on paper towels. Cool slightly and frost with doughnut icing.

In bowl of stand mixer fitted with paddle attachment, stir together 2 cups flour, yeast, sugar, and salt. Add warm milk, vanilla, and egg yolks. Mix until smooth. Add remaining flour and butter and mix until incorporated. Continue to mix on medium speed until dough is soft and smooth (it will be slightly sticky). Cover bowl with plastic wrap and set aside to rise for 1 hour, or refrigerate up to 12 hours.  Lightly flour 2 baking sheets. Roll out dough on lightly floured surface and cut with floured donut cutter or 3- to 3-1/2-inch biscuit cutter (for latter, you’ll also need 1-1/2-inch biscuit cutter to form the donut holes). Discard dough scraps, or cut into pieces to fry separately after donuts are done, as snacks.  Place donuts and donut holes at least 1 inch apart on the baking sheets and cover loosely with plastic wrap. Set in warm place to rise a second time until they are puffy and nearly double in size, about 15 to 30 minutes. While donuts rise, fill large, heavy-bottomed pot with at least 2 inches of oil (the oil should not come more than halfway up the sides of the pan). Heat over medium-high heat until deep-frying thermometer registers 360°F. Using spatula, carefully lower a few donuts into oil.  Do not crowd the pot. Fry for 1 to 2 minutes per side, turning a few times, until donuts are a light golden brown and cooked through. Remove with slotted spoon, drain on wire rack over paper towels, and let cool slightly before glazing or tossing in sugar. Repeat with remaining donuts and donut holes. Be sure to keep the temperature consistent while frying.  Top as desired and serve.

You can easily use the yeast recipe for filled doughnuts, but this is a way to make them without the extra effort!

½ cup seedless strawberry jam, or other jam of choice

In electric skillet or deep fryer, heat oil to 350°F. Separate biscuits and press each to flatten slightly. Fry biscuits, a few at a time, until golden brown, 1 to 1-1/4 minutes per side. Drain on paper towels.  Cut small hole in the tip of a pastry bag and insert small pastry tip. Fill bag with jam. With small knife, pierce hole into side of each doughnut and fill with jam.  Toss with confectioners' sugar. Serve warm.

In medium bowl, whisk together all ingredients until silky and smooth.  If you want it thinner add a little more milk one teaspoon at a time.  Dip warm doughnuts into glaze or place doughnuts on wire rack and drizzle glaze over top.  Glaze can be stored at room temperature in an airtight container for 2 weeks.