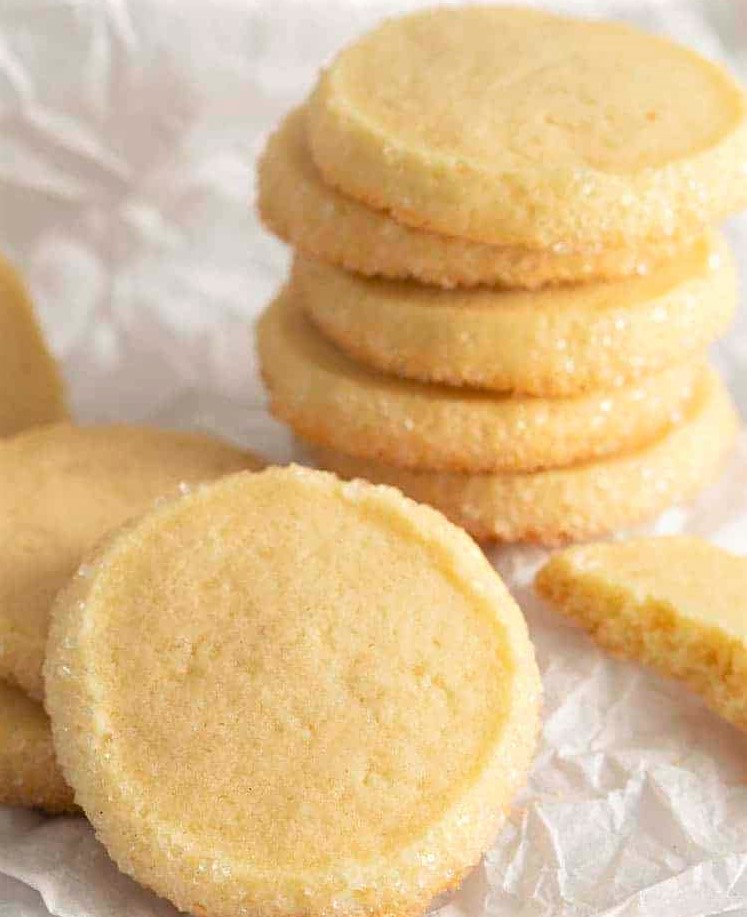 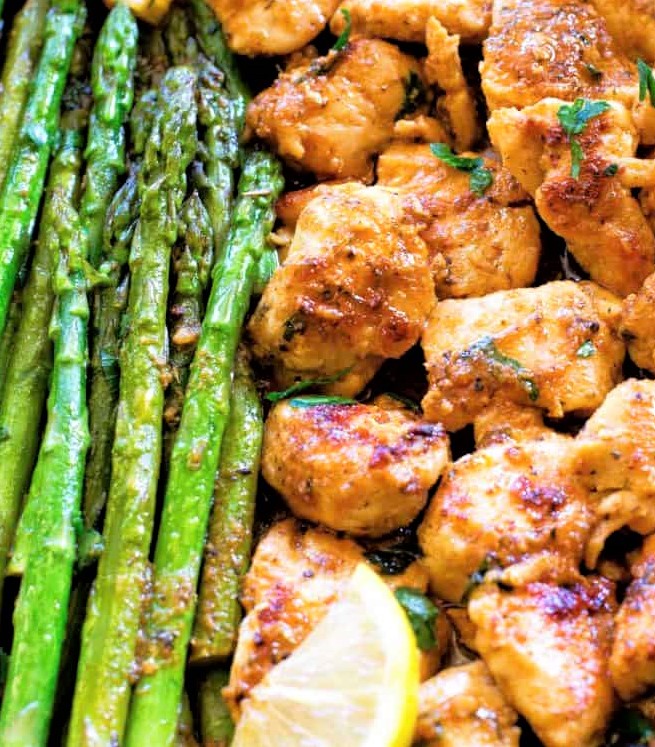 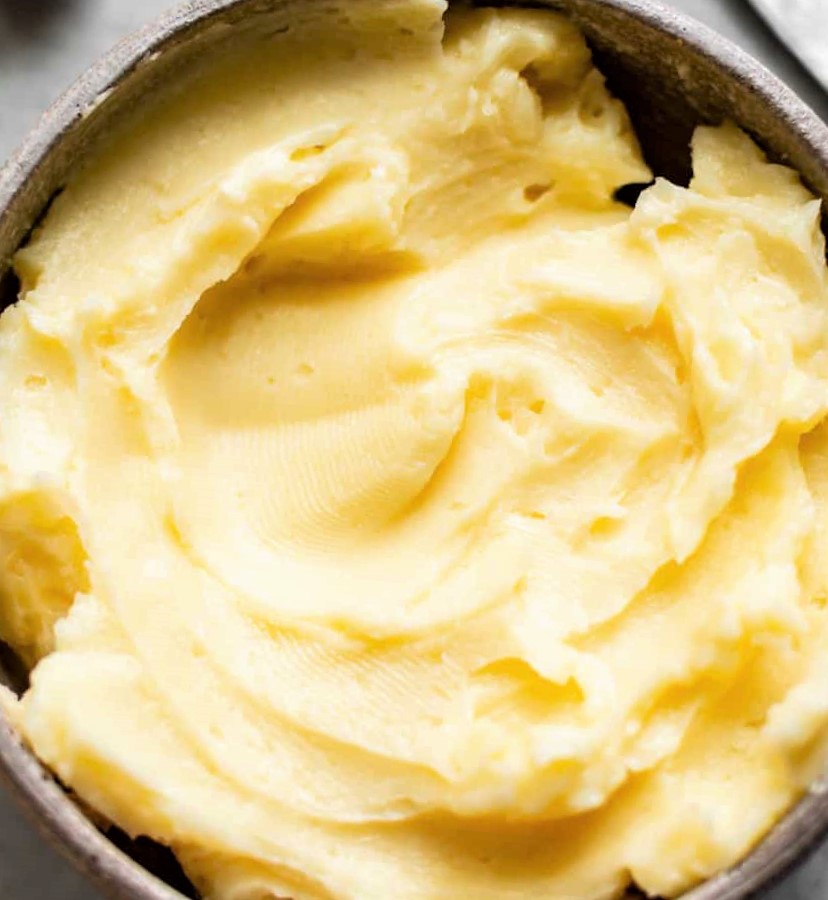 ver the span of the last month or so, various organizations in the area have partnered with GoFresh to bring fruit/vegetable and dairy boxes to the area.  Morris has had a couple.  Preston First Baptist Church has done several and Okmulgee Main Street just recently held a couple of giveaways as well with more being planned.  These have been a huge blessing to the community. But, if you have picked up more than two of these boxes, you may be starting to accumulate some items.

I have discussed ways to use up some of the yogurt and cream cheese in the past couple weeks.  This week, I want to share some recipes to use some of the butter.  Butter is easy to use in general cooking.  It can be used in place of oil in any recipe.  You can make pie crusts or biscuits and simply store them in the freezer for use later.  You can use a pound of butter to make up a large batch of frosting for cakes or other goodies.  Butter can also be easily frozen for use later.  Once you freeze it though, you want to use it quickly once thawed.

One of my favorite things to do with butter is infuse it with other flavors and then use it in baking or even just for topping biscuits!  It makes an excellent cookie though and a good butter cake is hard to beat!  Make your grocery list and join me in the kitchen for easy recipes using real butter!

Add butter and honey to bowl of stand mixer.  Mix slowly for about 30 seconds to incorporate honey.  Whip on high speed for 3-5 minutes until butter is light and fluffy.  Store in airtight container in the fridge or package in small jars to give as gifts!

Note: This will reharden so let it sit out to soften before using.  You can also add a little canola oil when mixing to keep it from hardening and then you can use it straight from the fridge.  Try adding cinnamon or vanilla for a different taste!

⅓ cup sanding sugar, optional-this can be found with the baking supplies, but you can also use granulated sugar if desired

In stand mixer fitted with paddle attachment, cream butter and sugar together until light and fluffy, about 3-5 minutes.  Add egg yolks while mixing. Scrape down sides of bowl.  Add vanilla.  Pour in flour and mix until incorporated.  Roll dough into log. Wrap in parchment paper.  Chill in refrigerator for at least an hour. I've found the best way to keep dough from flattening out on bottom is to place it into an empty cardboard paper towel roll.  Once dough is chilled, sprinkle sanding sugar on clean surface. Unwrap dough and roll in sugar.  Use sharp knife to cut dough into slices of even thickness.  Place cookies on a parchment-lined baking sheet and bake at 350°F for 10-12 minutes or until edge is just turning golden brown.

Place chicken in medium bowl and toss with salt, onion powder, garlic powder and pepper.  In large skillet, melt ¼ cup butter and olive oil over medium low heat.  Cook chicken in butter until all sides are golden brown being careful not to burn butter. Add 1 teaspoon of minced garlic and Italian seasoning and cook for about 30 seconds. Remove chicken from pan and set aside.  In same skillet, increase heat to medium high, add remaining 1 teaspoon minced garlic then add chicken broth to deglaze pan. Add remaining 1/4 cup butter, lemon juice, and parsley.  Add asparagus and cook to desired tenderness. Add chicken back to pan to reheat. Garnish chicken and asparagus with more parsley and lemon slices if desired.

Preheat oven to 325°F.  Grease loaf pan and set aside.  In bowl of stand mixer with paddle attachment, beat together butter and sugar until light and fluffy, about 3 minutes. Beat in eggs, one a time, beating well after each addition and scraping down sides of bowl as needed. Beat in vanilla.  In medium bowl, whisk together flour, salt, baking soda and baking powder. Add 1/2 of dry mixture to butter mixture, then sour cream, then rest of flour mixture, mixing just until combined. Remove 1 cup of batter to medium bowl. Add brown sugar, cinnamon and milk and stir to combine.  Spoon thin layer of plain batter into bottom of prepared loaf pan.  Add thin layer of cinnamon mixture.  Repeat in layers ending with batter.  Using knife, run through batter in pan a few times. About 3 lengthwise or 4-5 side to side should do it.  Make topping by combining brown sugar and cinnamon in small bowl. Sprinkle over top of loaf.  Bake loaf in preheated oven for 55-65 minutes, or until knife inserted in center of loaf comes out clean. (4x10 pan will cook more quickly, 55-60 minutes, while an 8x4 will take a bit longer, closer to 65 or a few minutes more).  Allow loaf to cool in pan about 10 minutes, then run knife around outside and place on cooling rack to cool completely.