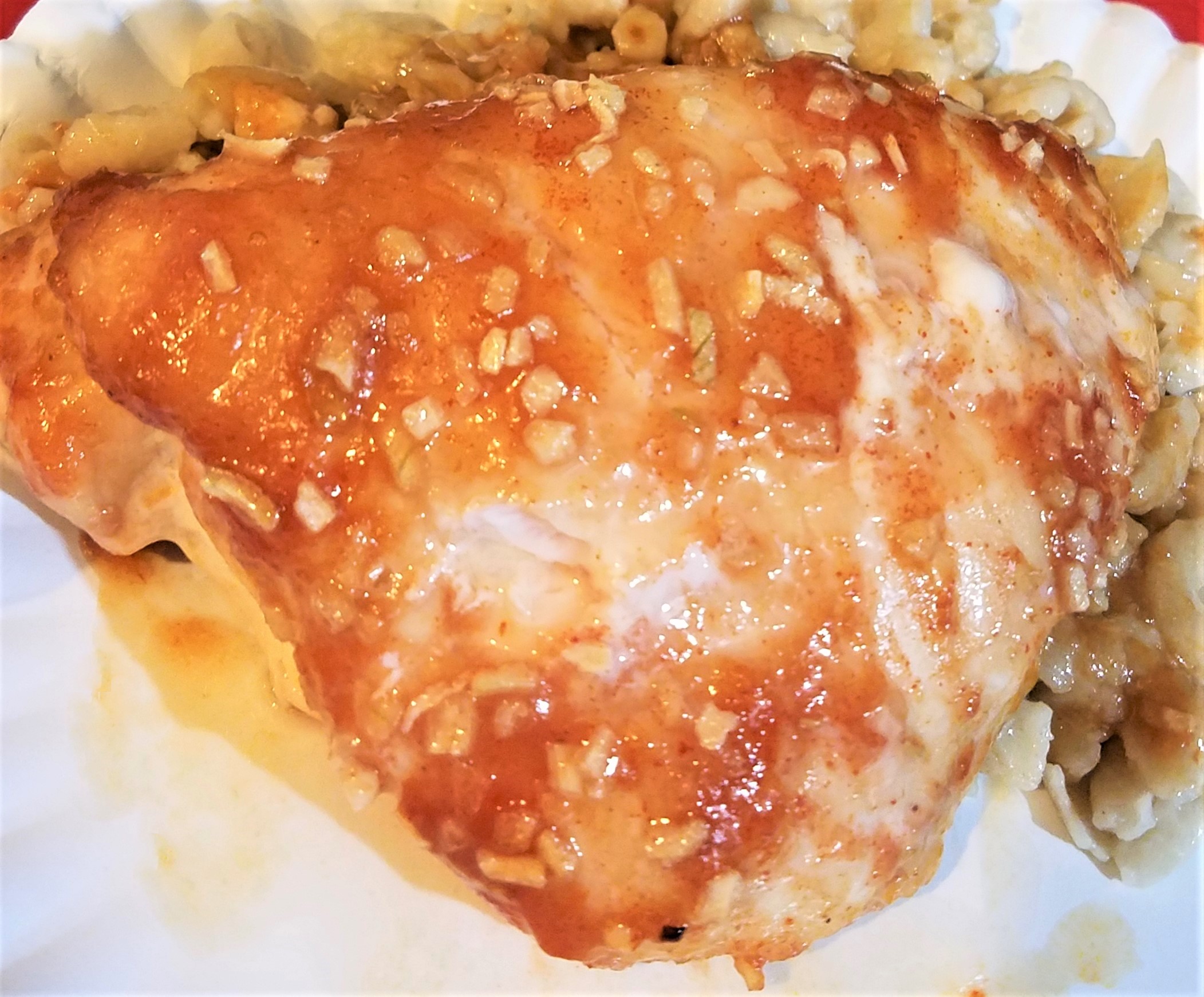 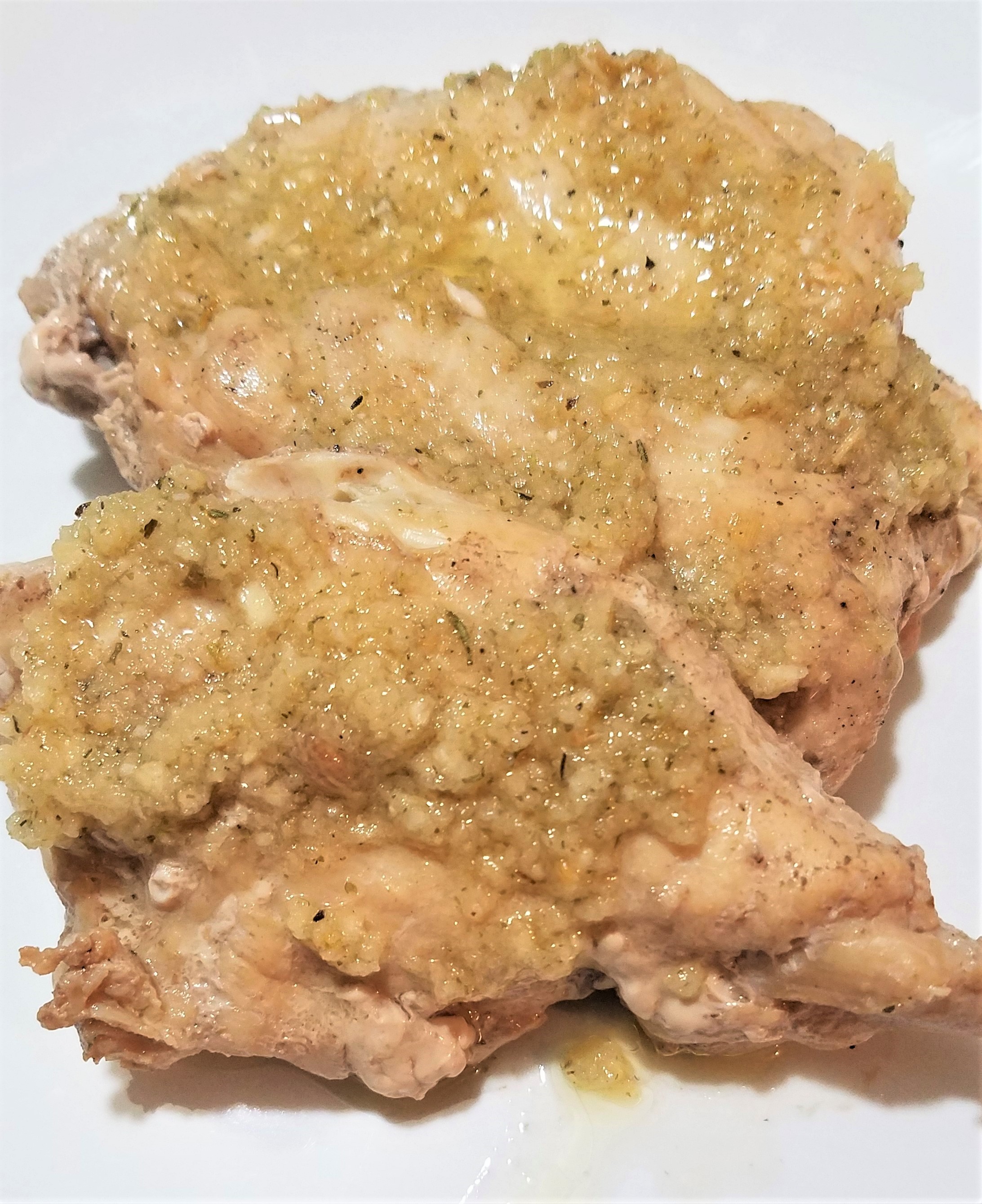 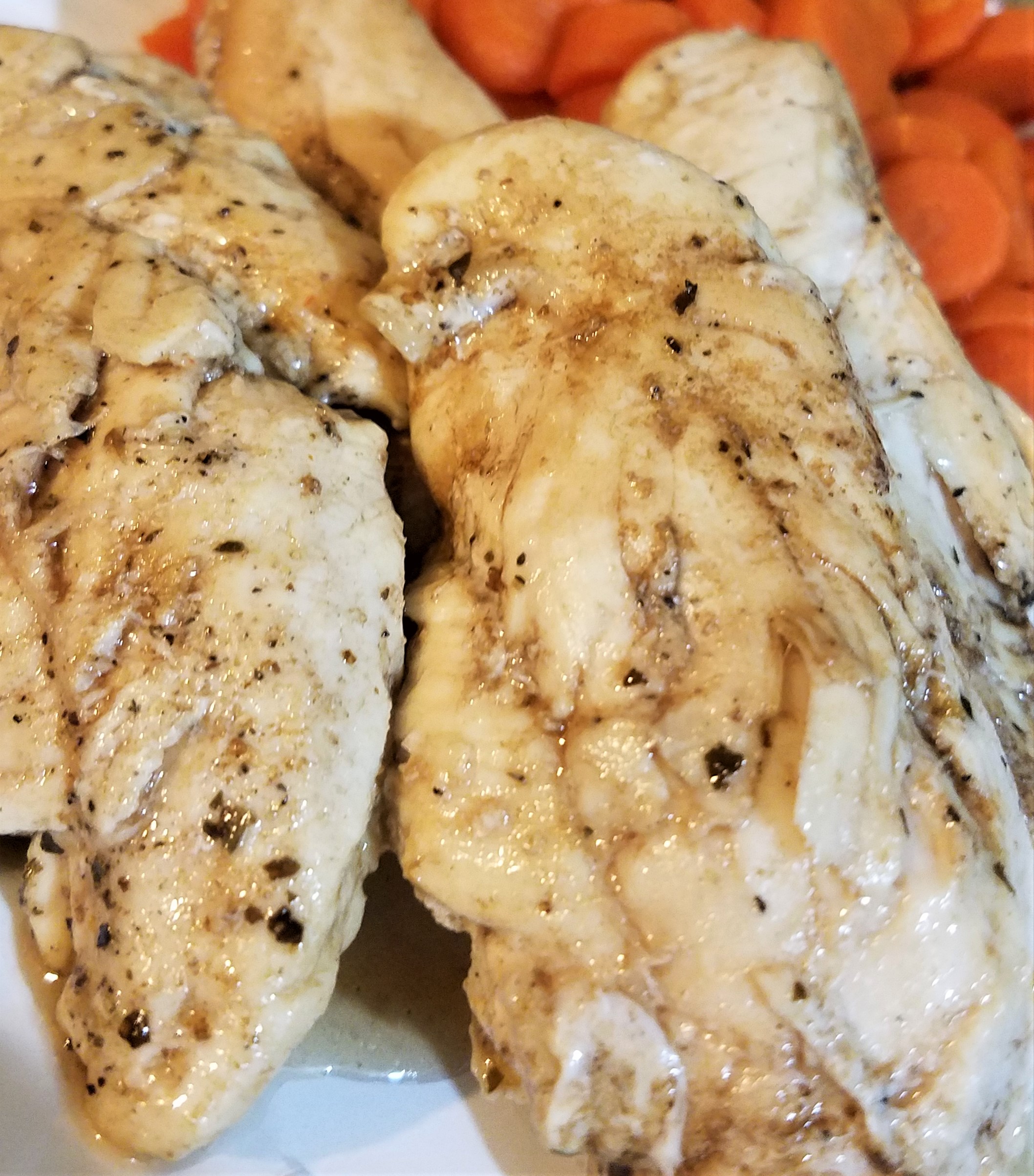 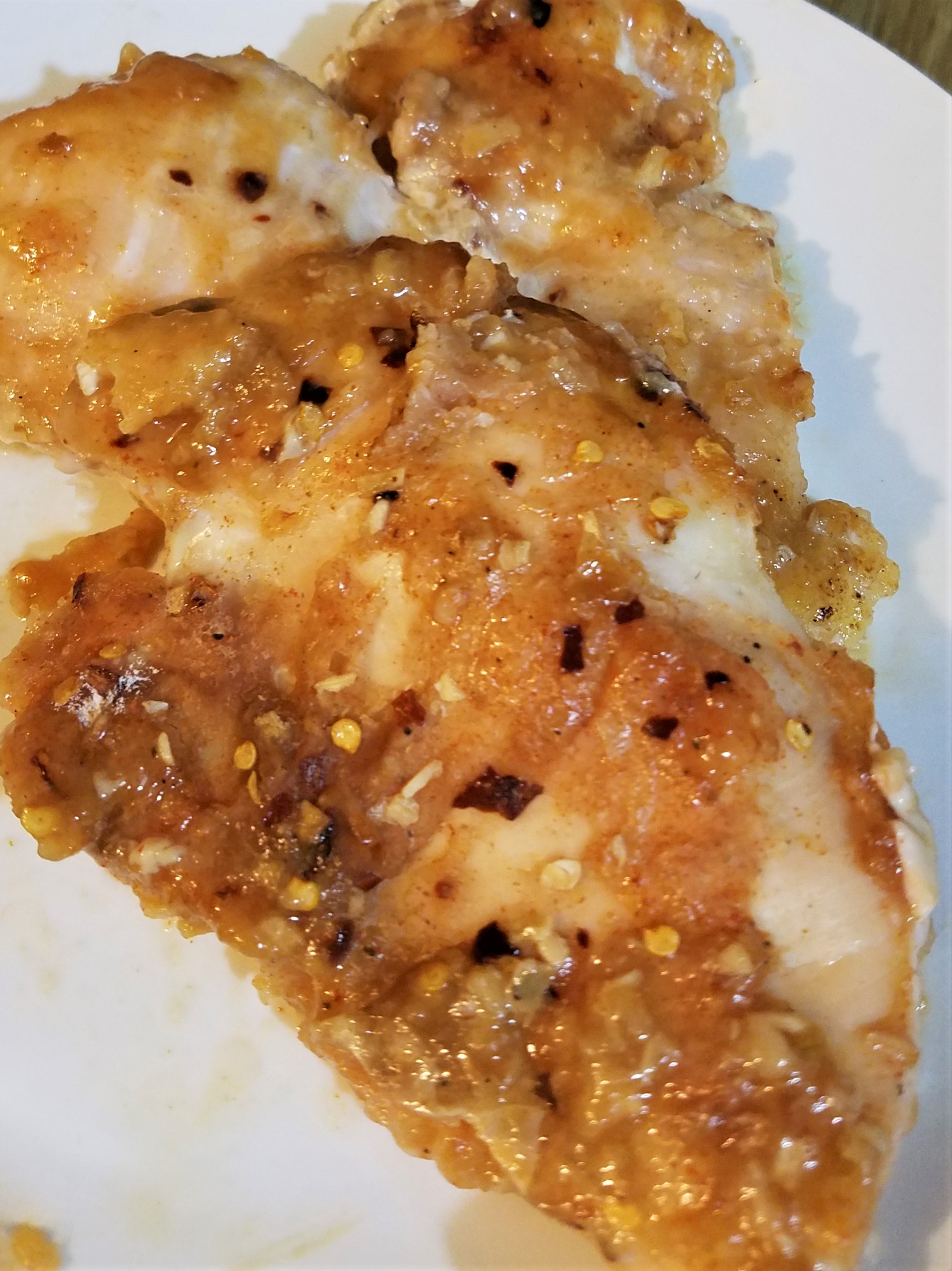 Chicken: From Sacred Totem to Dinner

Being stuck in the house this week meant I was pulling stuff from the pantry and making do with what we had.  I was not heading to the store for an ingredient I might have been missing.  I did pick up a bunch of chicken last Saturday so this week I put it to good use.  Then, as I was preparing this column, it occurred to me I have not made a column for chicken yet!  I don’t know how I have done this for 3 and a half years now without dedicating a column to chicken!  Time to remedy that.

The chicken is a descendant of the Southeast Asian red jungle fowl.  It is believed they were first domesticated around 2000 B.C.  It appears at that time, however, they were mostly used for cockfighting or considered a sacred animal and used for such things as fortune telling, fertility and virility.

According to the Smithsonian, Egyptians mastered artificial incubation and figured out how to optimally hatch the eggs hens were laying.  They created vast ovens where the temperatures could be controlled by fires made of straw and camel dung.  The ovens were full of corridors and vents that also allowed more control and gave them room to turn the eggs. Their methods were closely guarded secrets for centuries.

By 800 B.C., chickens were a delicacy for the Romans.  There are writings that show they used eggs for omelets and ate stuffed chickens and even ate mashed chicken brains.  Due to this, Roman farmers began looking for ways to fatten the birds to make them better for eating.  They were known to use bread soaked in wine or a combination of cumin seeds, barley and lizard fat.  Out of concern for ‘the pursuit of excessive luxury’, the Roman government actually created a law in 161 B.C. that limited the eating of chicken to once a day and only if it hadn’t been overfed to fatten it.  Once Rome collapsed though, the chicken largely fell into obscurity once again.

In the late 1800’s, Queen Victoria was well known for her collection of strange and exotic animals.  Among these was the Cochin chicken from China.  She loved them so much, she sent their eggs to other royalty and high ranking officials.  Soon, everyone wanted chickens.  Queen Victoria was even gifted Brahma chickens from author George Burnham.  The Brahma is so large they are considered the King of Chickens.

In America, chicken didn’t take off for centuries.  While settlers brought chickens with them, most were used for eggs more than eating. America was full of turkeys and ducks and had no use for eating chicken.  In the 1840’s and 50’s, poultry shows were held and brought chickens out of complete obscurity.  Even then, though, chickens were rarely eaten and eggs were considered a delicacy.  Chickens were eaten by farmers who raised them and not by mass consumers. Even into the 20th century, chicken was a relatively minor part of the American diet.  What changed was the industrialization of the chicken farm.  People began noticing some chickens were better at laying eggs than others and some were bigger with more meat.   Around the turn of the 20th Century, there was a real boom and different farms cropped up with different specialties for the industry.  In the 1990’s, chicken consumption surpassed beef for the first time in history.  Now, it’s a multibillion dollar industry controlled by 4 main companies.  Today, there are more chickens in the world than humans, at a ratio of 3 to 1!

This week, pick up some chicken and let’s use staples from the cabinets!  Chicken has an even texture and is mild flavored enough it spices well and goes with just about everything.  Make your list and hit the store Saturday when it warms up some.  Then, meet me in the kitchen for chicken!

So Tuesday night, I wasn’t really wanting to cook.  Nothing had been left out to thaw and I wasn’t really feeling having to really pull out a recipe.  So, I didn’t.  Frozen chicken can still be cooked, it just takes longer. So, I threw some things together without measuring anything and viola – dinner!

BBQ sauce, enough to cover all breasts. I didn’t use the whole bottle, but if you feel like it, go ahead.

Preheat oven to 375°F.  Lightly spray 9x13” baking pan with cooking spray.  Place frozen chicken breast in pan in single layer.  Four is all that would fit in my pan as they were rather large breasts, if you have more and they fit, feel free to use them.  Pour BBQ sauce over breasts.  I think I used about a cup and a half.  Sprinkle each breast with paprika and minced onion to taste.  Drizzle with honey as desired and sprinkle brown sugar over each breast.  Bake for 45 minutes or until no longer pink and internal temperature reaches 165°F.  So easy!

Preheat oven to 375°F. In medium shallow bowl, mix together flour, salt, pepper and paprika. Coat each chicken breast in flour mixture and place in lightly greased 9x13” baking dish. In separate bowl, mix honey, soy sauce and garlic. Pour evenly over chicken. Sprinkle with red pepper flakes to taste. Cover with foil to keep from drying out.  Bake 30 minutes. Uncover and bake 15 minutes. Serve with rice or vegetables, with extra sauce on the side if desired.

Bring 4 cups water to boil in large, high-sided skillet. Add tea bags. Steep for about 5 minutes. Remove and discard tea bags. Reduce heat to medium and add chicken, lemon slices, and sea salt. Cover and cook 18 to 20 minutes or until internal temperature reaches 165°F.  Combine parsley, lemon juice, olive oil, garlic and remaining water in food processor and puree until very smooth. Serve chicken warm, topped with parsley mixture, if desired. I think it tasted just fine, if not better, without the topping.  I was surprised by how much I liked this chicken!

Recipe from Eating Right for your Blood Type cookbook.

Heat olive oil in a nonstick skillet over medium-high heat. Season chicken with salt and pepper. Cook and stir chicken in hot oil until chicken is no longer pink in the center, about 5-7 minutes. In small bowl, combine basil, honey and vinegar.  Pour over chicken and cook 1 more minute.  Super easy again!