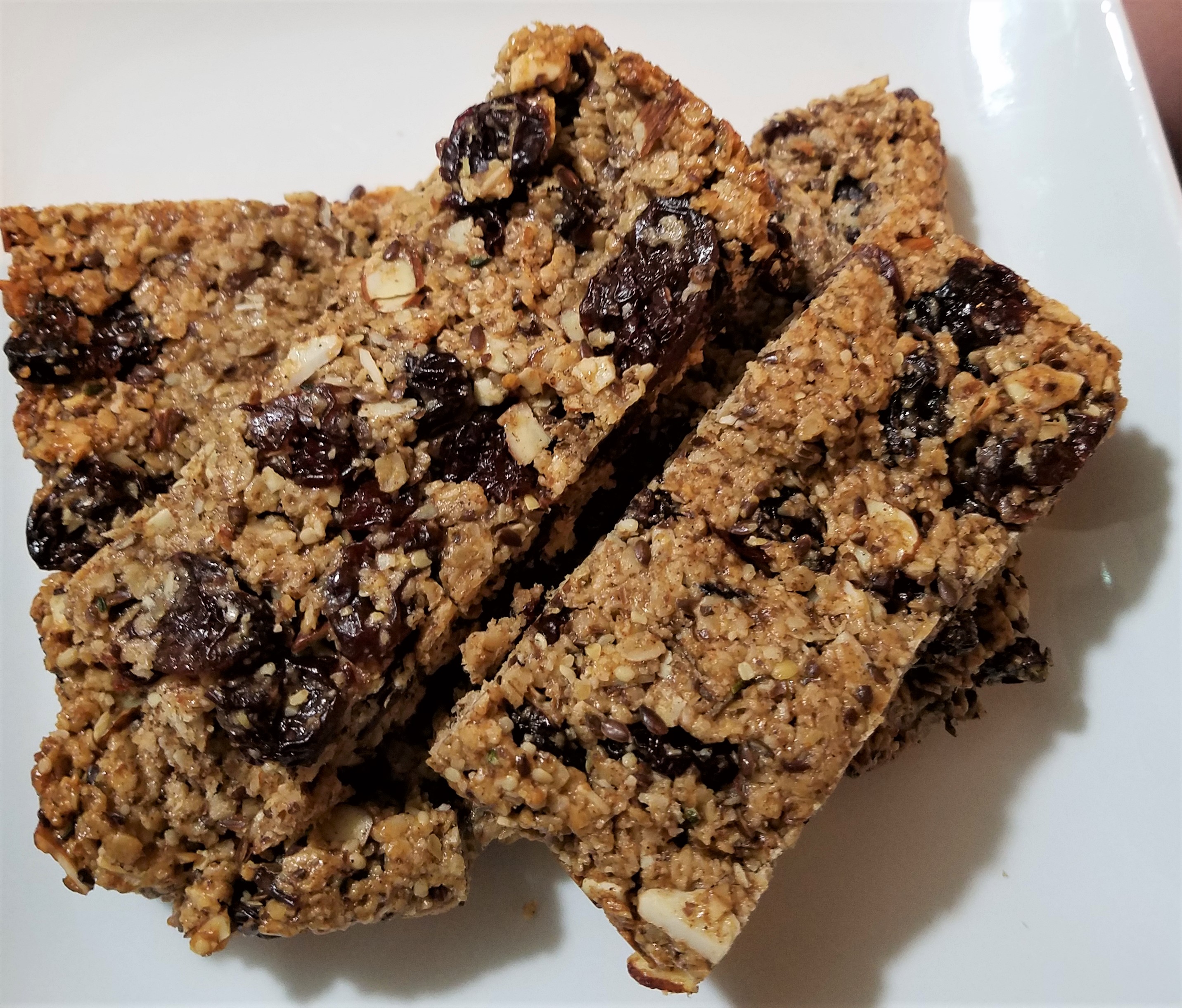 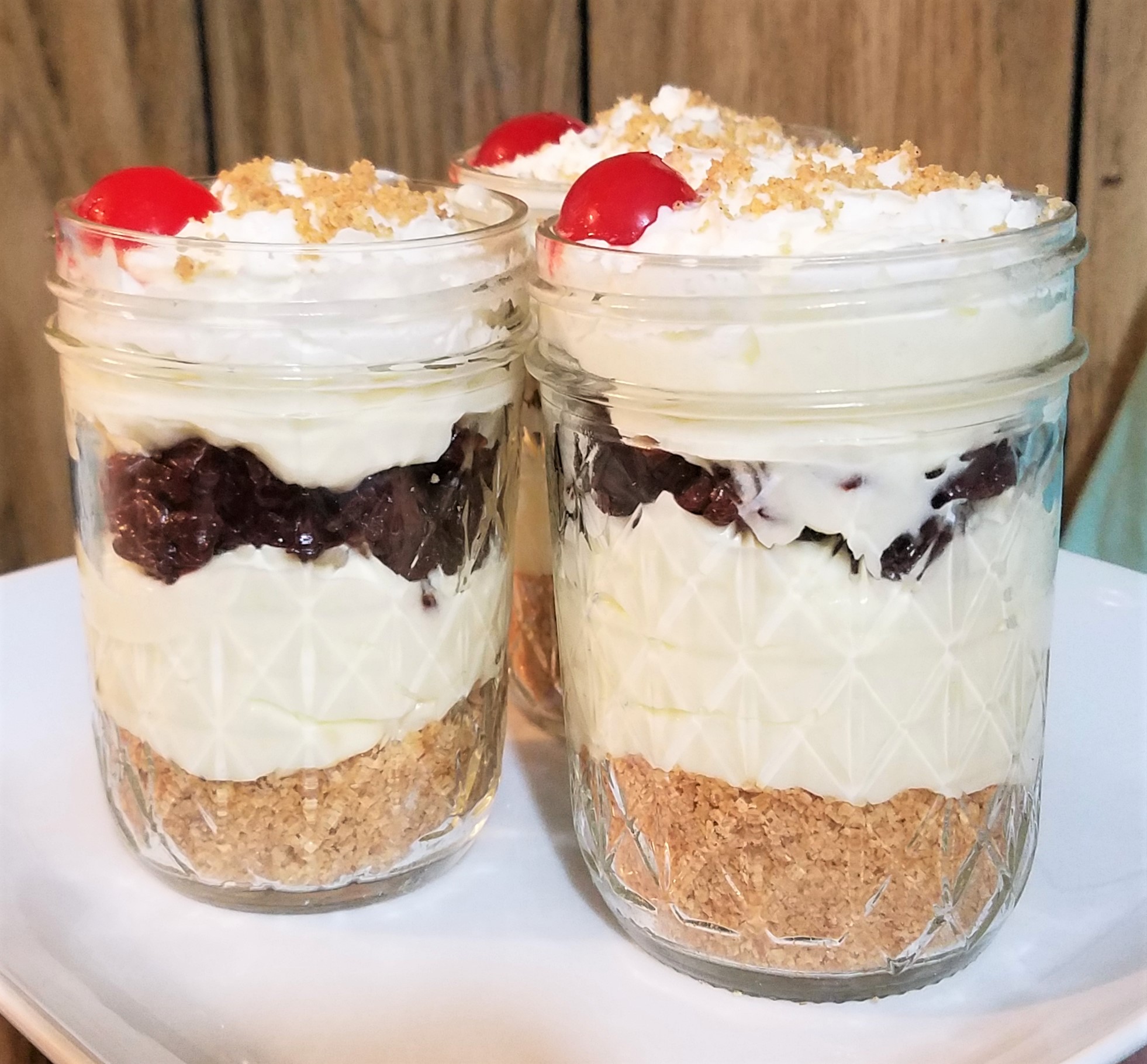 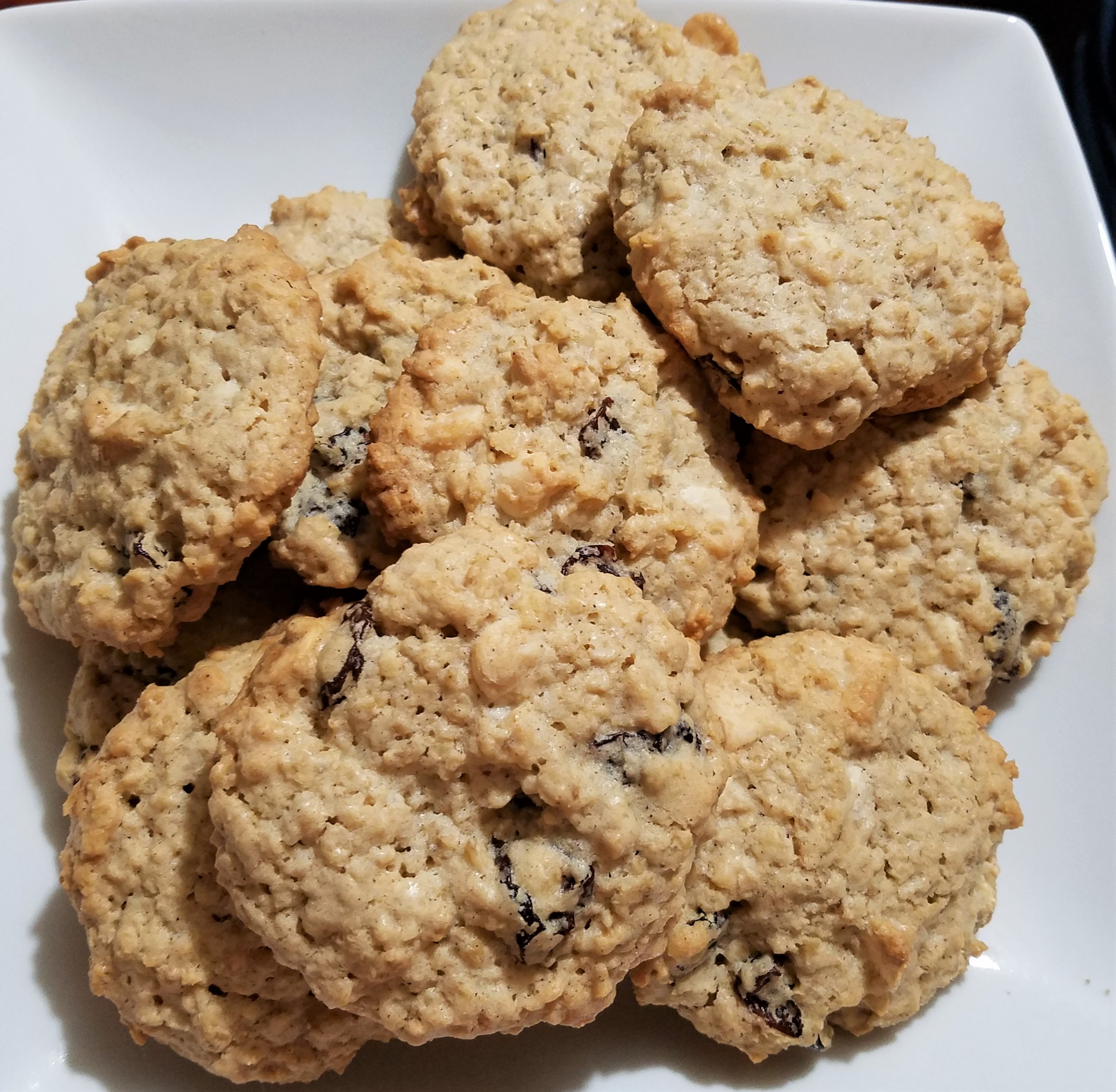 Cherry is one of my favorite fruits. Growing up, Maraschino cherries were a staple in the house, usually so we could put them atop the ham along with pineapples.  It always stained the juice around the ham pink.  Funny story:  Dad wanted gravy one day to go with his biscuit Mom made to go with the ham. Dad always wanted gravy for his biscuits.  Mom made the gravy with the juice from the ham.  Best pink gravy we ever had!  LOL!  It tasted fine, it was just stained pink from those cherries!

A friend of Dad’s gave him some bags of dried cherries and other things last week.  I thought ‘how great, I can use them for the column this week’! So, I pulled out the recipes and went to the kitchen to get busy.  Then, I had to stop eating the ingredients so I had enough to make everything! I even like dried cherries.  You can toss them on salads or yogurt.  You can use them in place of anything that calls for raisins, if you don’t like raisins. I am not a fan of raisins.  Try mixing your own trail mix and add some of these too!  Yum! They pair really well with white chocolate.

If you want to rehydrate the cherries and then use them, boil water.  Cover the cherries in a bowl with about an inch to two inches of water.  Let them soak for 15-30 minutes.  Drain and use like you would regular cherries!  You can leave them in water overnight if desired.  They will plump up more, but store them in the fridge if you are going to go with overnight or longer.  You don’t have to use water to rehydrate either.  You can use vodka or if you want some flavor try Hot Damn or a flavored vodka or even a spiced rum.  The possibilities are endless, just choose something that pairs well with cherries. You don’t have to drain the alcohol off if you so choose. Be aware though, the longer they sit, the more they will absorb the alcohol and the less they will taste like fruit.

Make your grocery list and pick up some dried cherries.  Be careful what you pick up though.  A lot of dried fruit has extra sugar added.  Taste all the recipes as you go and adjust as needed for sugar content especially.  Then, meet me in the kitchen for quick recipes that take little effort and are so yummy!

Preheat oven to 350°F. Line 8" x 8" pan with parchment paper with overlap on each side of pan. In large bowl, mix together oats, flour, flax mix, almonds, cinnamon and salt. Mix in cherries. In medium bowl, thoroughly whisk honey, olive oil, almond butter, almond, vanilla and orange extracts. Pour wet ingredients into dry and mix well. Spread batter into prepared pan and pack firmly. Bake for 20-25 minutes until the edges begin to only slightly darken. Remove from oven and let cool in pan for 15 minutes. Using overlap of parchment paper, lift bars out of pan, place on rack and cool completely.

Preheat oven to 400°F. Place muffin liners in muffin tin. In large bowl, stir flour, baking powder, salt, cinnamon and sugar. In small bowl, beat egg, stir in oil and milk. Pour into flour mixture. Mix lightly until moistened, but do not beat. The batter will be lumpy. Add in cherries and chia seeds. Mix once more until just combined. Pour batter into prepared muffin tins. Bake for 15-18 minutes, or until golden.

8 graham cracker sheets (or 1 bag), I used cinnamon flavor, but honey would work too.

3 cups dried cherries, you can mix and match your fruit if desired. Blueberries and strawberries both go well with cherries.

In food processor, add graham crackers and process or crush until crumbs, like you would want for a crust. Mix in cinnamon and nutmeg, if desired, along with butter and sugar until crumbs are moistened. Cover and set aside until ready to serve.  Put softened cream cheese in bowl of stand mixer and mix until smooth and fluffy. With mixer on low, slowly stir in all milk until mixture is smooth. It will be very liquid. Sprinkle pudding mix and vanilla extract over liquid mixture and then beat at medium for 1 - 2 minutes until mixture thickens to texture thicker than usual pudding, but not quite as thick as a baked cheesecake. Cover and store in refrigerator until ready to serve. In tumbler, mini trifle glass, Mason jar or other single serving dish, layer ingredients to make parfait. I did it like so: graham cracker crumbs on bottom, topped with cheesecake pudding mixture, topped with dried cherries, topped with more cheesecake pudding, a thin layer of whipped cream, sprinkle of more graham cracker crumbs and a Maraschino cherry for garnish.

Note: You can pre-make single servings up to 24 hours prior to serving as long as they are covered and stay cold. Store leftovers covered in the fridge for up to 3 days.  The graham cracker crumbs will get soggier the longer they sit there though.