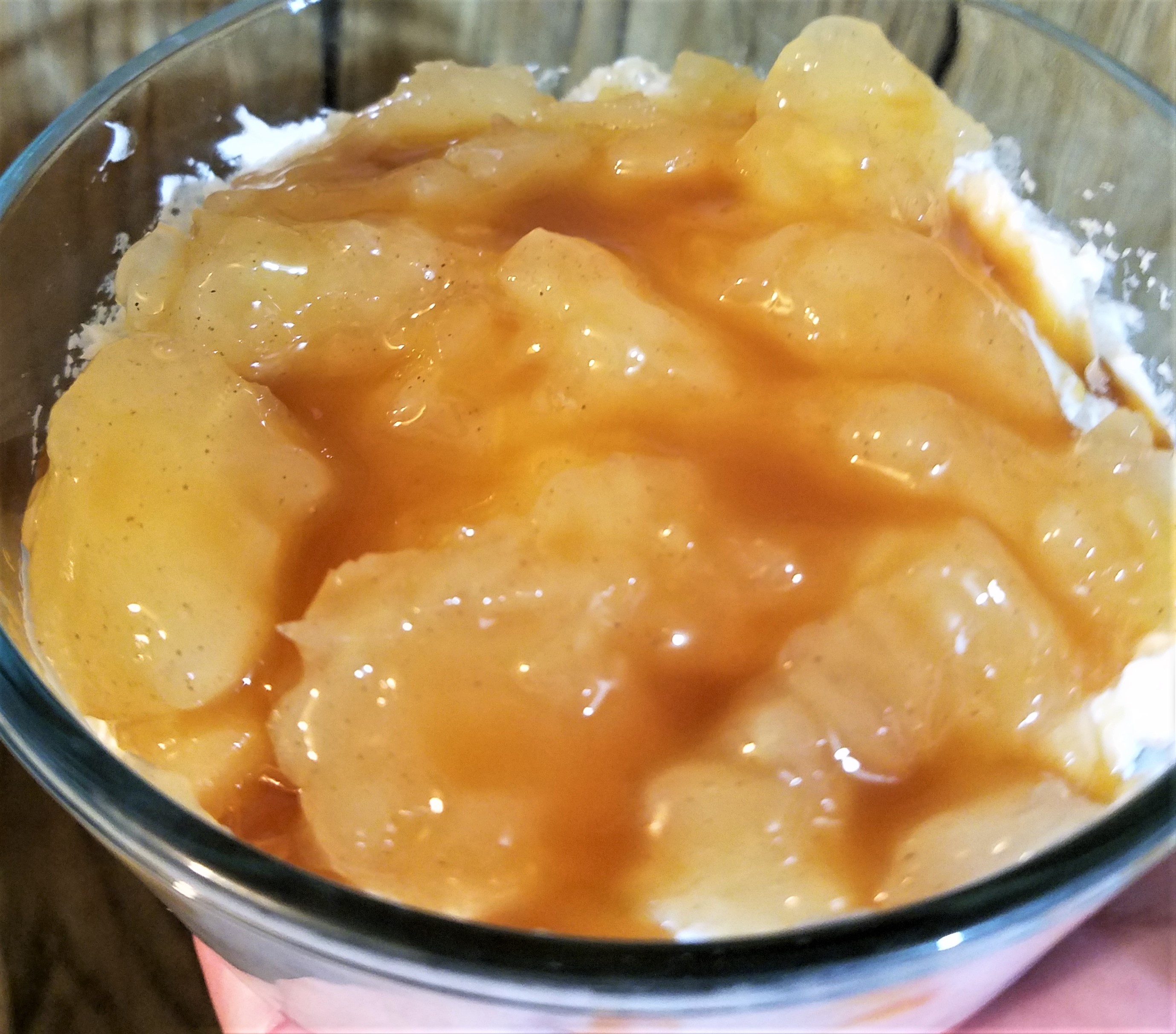 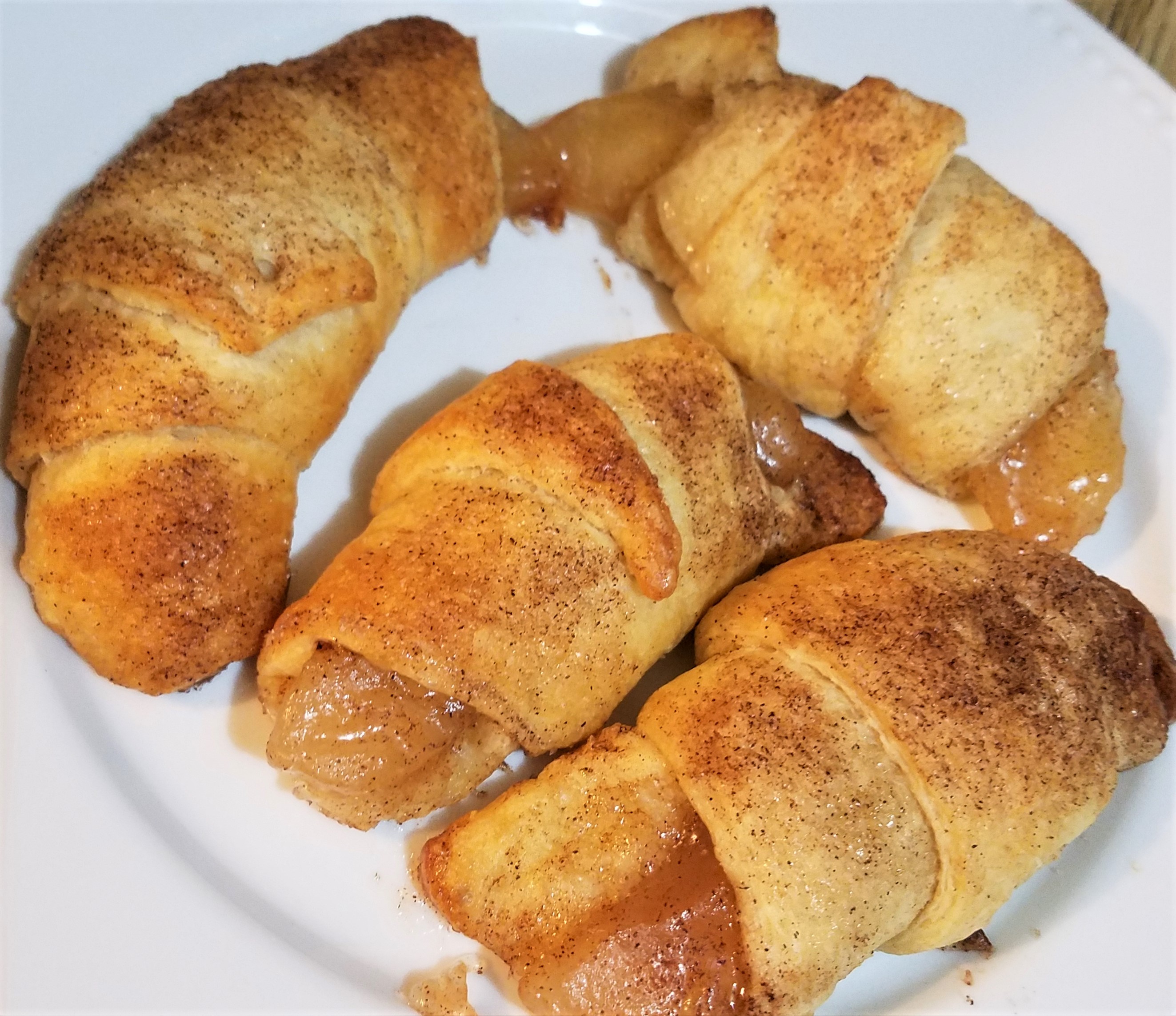 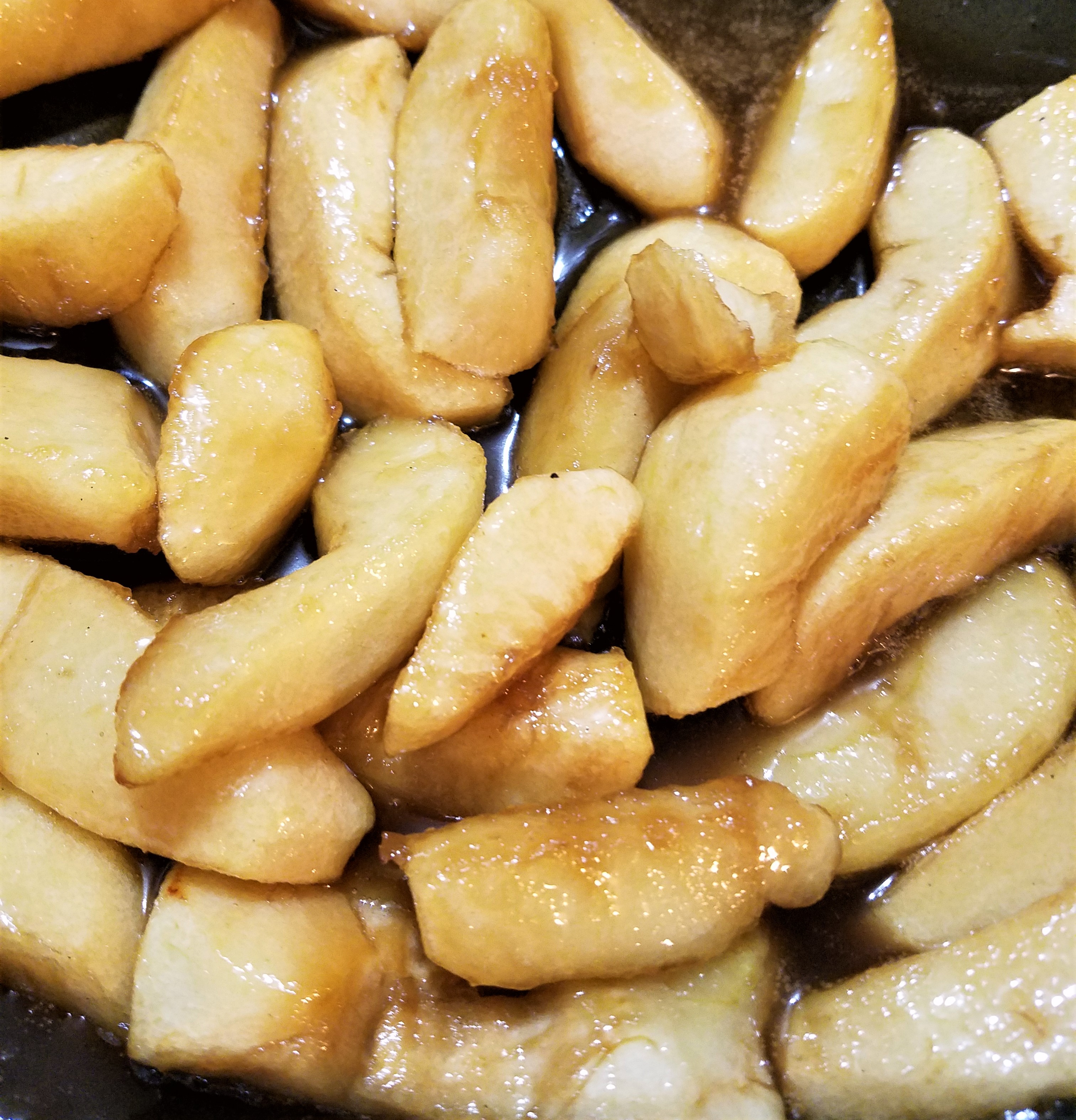 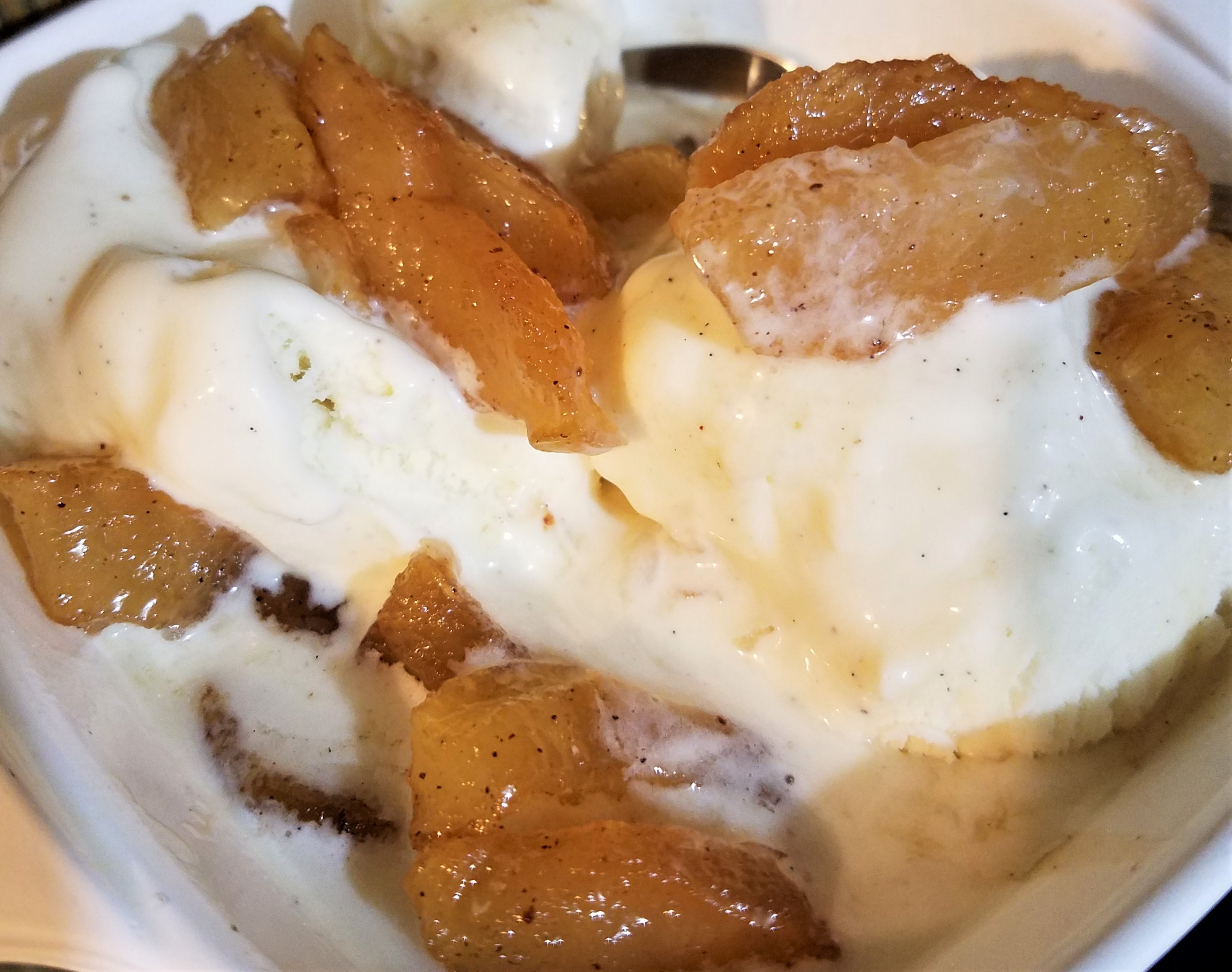 Next week, the Okmulgee Times office will look a little different.  Anthony Nieto, our general manager, is leaving us as of April 30.  He has taken a position with the Muscogee Nation and I am so excited for the changes for him and his family.  He is going places and I am sure he will still be in the paper, just in other ways! I will miss seeing you daily, but I know you will be around.  Not goodbye or farewell, just until next time.  Good luck in all your future endeavors, Anthony!  Stop by and see us anytime.

Apple is an edible fruit grown on an apple tree.  They are grown worldwide, though they originated in Central Asia.  Blossoms are produced in spring simultaneously with the budding of the leaves on the trees.  These blossoms are typically white with a pink tinge.  While the blossoms appear at the first of spring, the fruit doesn’t mature until late summer or early fall.  The skin of ripe apples is generally red, yellow, green, or pink, though many bi- or even tri-colored options may be found.  They also come in a wide range of sizes varying from 2 to 3.5 inches in diameter.

Apples appear in many religions, often as some forbidden fruit.  One of the problems identifying apples in religion, mythology and folktales is the word "apple" was used as a generic term for all fruit, other than berries, even including nuts, and as late as the 17th century. So while the story may say apple, who knows what it really was.

In Greek mythology, the Greek hero Heracles, as a part of his Twelve Labours, was required to travel to the Garden of the Hesperides and pick the golden apples off the Tree of Life growing at its center. Also in Greek mythology, the Greek goddess of discord, Eris, became resentful after she was excluded from a wedding. In retaliation, she tossed a golden apple into the wedding party. Whoever claimed it was the most beautiful. Three goddesses claimed the apple: Hera, Athena, and Aphrodite. Paris of Troy was appointed to select the recipient. After being bribed by both Hera and Athena, Aphrodite tempted him with the most beautiful woman in the world, Helen of Sparta. He awarded the apple to Aphrodite, thus indirectly causing the Trojan War. The apple was thus considered, in ancient Greece, sacred to Aphrodite. To throw an apple at someone in Greece was to symbolically declare one's love; and similarly, to catch it was to symbolically show one's acceptance of that love.

Though the forbidden fruit of Eden in the Book of Genesis is not identified, popular Christian tradition has held it was an apple Eve coaxed Adam to share with her. Renaissance painters may also have been influenced by the story of the golden apples in the Garden of Hesperides and thence often painted Eve with an apple. As a result, in the story of Adam and Eve, the apple became a symbol for knowledge, immortality, temptation, the fall of man into sin, and sin itself. Did you know the larynx in the human throat has been called the "Adam's apple" because of a notion it was caused by the forbidden fruit remaining in the throat of Adam? Who knew?!

While the fruit of apple trees ripen at different times depending on the type, they all share in the way to store them and keep them fresh.  Once you bring them home, apples are best kept in the fridge and in the coldest part of the fridge.  Some will only last a couple weeks, while varieties like Granny Smith and Fuji will last a few months. You can preserve the apples as well by canning, drying or freezing.

These recipes fit my criteria well, easy to put together and quick to cook.  Of course, they are all more dessert type recipes.  I will work harder on that next week and mix in some dinner recipes too.  Make your grocery list and pick up some apples. Meet me in the kitchen this week for quick and easy recipes using apples!

1 apple, cored and sliced into 8 slices

Preheat oven to 375°F. Line cookie sheet with parchment paper. Set aside. Unwrap crescent roll dough and separate triangles. Combine sugar and cinnamon in small bowl. Evenly spread butter onto each triangle. Sprinkle each triangle with sugar/cinnamon mixture to taste. Wash apple and cut into 8 equal slices. Place piece of apple on each triangle of dough (on a wider side) and roll dough around apple. Arrange crescent rolls on cookie sheet. Spread remaining butter on each crescent roll croissant and sprinkle with additional sugar and cinnamon. Bake for 12-15 minutes, until golden. Remove from oven and let cool for 10 minutes before serving.

Preheat oven to 375°F and lightly grease 9x9 pan with butter.  In large bowl, stir together sugars, cinnamon, and cornstarch until well combined. Add apples and toss until well coated. Sprinkle with lemon juice and stir again until well-combined. Transfer apple mixture into prepared baking pan scraping sides to get all the juices and spices. Dot top with butter pieces. Cover pan with foil and transfer to oven. Bake for 60 minutes or until apples are tender when pierced with a fork, stopping every 15 minutes to stir apples. Serve warm, atop ice cream if desired.

In bowl of stand mixer, beat cream cheese until smooth. Add powdered sugar and ground cinnamon and beat at low speed until well combined. Fold in whipped topping. Place gingersnap cookies in zip top bag and crush into crumbs with rolling pin. Pour into small bowl and combine with melted butter. Spoon about 2 tablespoons into each of 4 serving bowls. Top each with about ½ cup of cream cheese mixture. Run knife through the pie filling to cut any large slices into bite- sized pieces. Spoon apples over cream cheese mixture. Drizzle each with caramel sauce. Garnish with a few gingersnap crumbs if desired. Refrigerate until ready to serve.

This is my favorite kind of recipe, vague.  This way you can do everything to taste!

Melt butter in large nonstick frying pan (just large enough for the apples to lay in a single layer) over medium heat.  Add vanilla and cinnamon. Sprinkle sugar evenly into pan and cook until bubbly. Dump apples in skillet and arrange slices in single layer.  Cook over medium heat until apples are glossy and knife tender or as tender as you like. Remove pan from heat and add rum. Carefully light rum with long kitchen match. Return pan to heat and cook, shaking gently, until flames subside. Transfer apple mixture to serving dishes and serve over ice cream if desired.