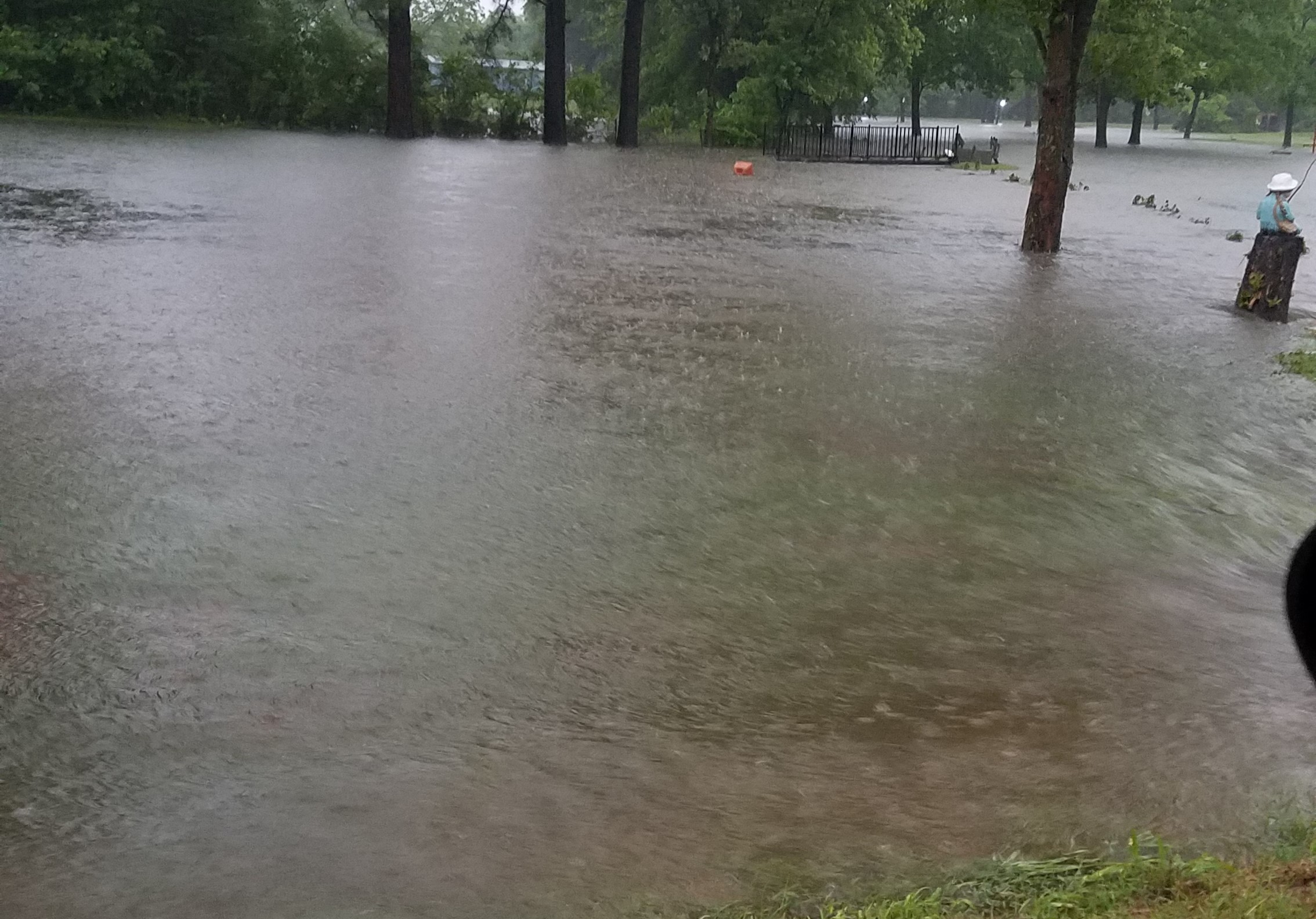 As many in Okmulgee County were trying to navigate driving around flood waters this past week, several families in the community suffered the loss of their home and belongings but are thankful to have their family together.

As word began spreading through news stations and social media of flooding in the area, some citizens reached out asking how they could help. One woman, after not receiving the information she felt she needed, went out to find answers.

Holly Johnson says she reached out via Facebook in hopes to get information on what the flood victims needed.

“I made a post saying I didn't have much but wanted to help.”

Johnson says no one had information on what the families needed so “I found out where the Red Cross was housing the flood victims and just went up there”.

Johnson says what she has witnessed since that moment has been nothing short of miraculous. Upon entering the First United Methodist Church on 8th Street, she says she saw families still in their wet clothing.

Johnson gathered some of the wet clothing from the families and took them home to wash.

“By the time I returned, there had been several donations made,” she said.

Some of the items donated to the flood victims had to be separated. Johnson organized clothing and other items to make it easier for the families to find what they needed.

“We have received so many donations from so many in the community,” Johnson said. “We have also received things from families in Checotah and Tulsa. That's so amazing to me.”

Johnson says the most heartwarming thing to witness is those that are victims are among those donating their time to help everyone affected.

“These people have lost their homes or their belongings but are still out here doing what they can to help each other.”

Mayor Richard Larabee has reached out asking more in the community to help as well. “It's time for us to all pull together as so many in our community still need our help,” he said.

Mayor Larabee is encouraging victims to complete the online Okmulgee Flood Relief Form, a link to the form can be found on the Okmulgee Times Facebook page.

“Even if you have insurance that will assist with damages, we still need information from you.” Larabee says once assistance can be sought from FEMA once all of those affected have completed the form. “We can also take the information provided and use that to complete the form the government has provided.”

Anyone that does not have access to a computer or the internet is encouraged to visit Deep Fork Community Action at 223 West 6th Street in Okmulgee.

“We can help anyone fill out the forms,” Executive Director Christie Baldrige said. “We have resources to help the victims, but we need their information.”

Mayor Larabee says once forms have been completed, you will be contacted by someone to follow up. “We have been having some issues with that. Some of those impacted have completed the form, but we are having issues connecting with them when we follow up with a phone call.”

According to Johnson, donation items are still being sought to help those displaced. “We are still looking for donations such as clothing, shoes and beds. Those are the things we need the most.”

Johnson has gone to pick up donations from donors across the community. “I am sorting and gathering things at my house to make it easier to give to the families.”

Families that have had to leave their homes have been staying at area hotels. Johnson says some have been able to stay with family but others have had to make the hard decision to return to their homes.

Johnson says all of those volunteering are doing so to try to offer a little bit of help to those with no choice but to try starting over. “If donating some of the things they need can help provide a little bit of hope for these families, well that's why we are here!”

When it comes to volunteers, Johnson says many have been the flood victims themselves.

“They are not asking for a hand-out, just a hand up.  The outpouring of love and generosity has become so much bigger than I could have ever imagined.”

Please use the link below to fill out the form for disaster relief.