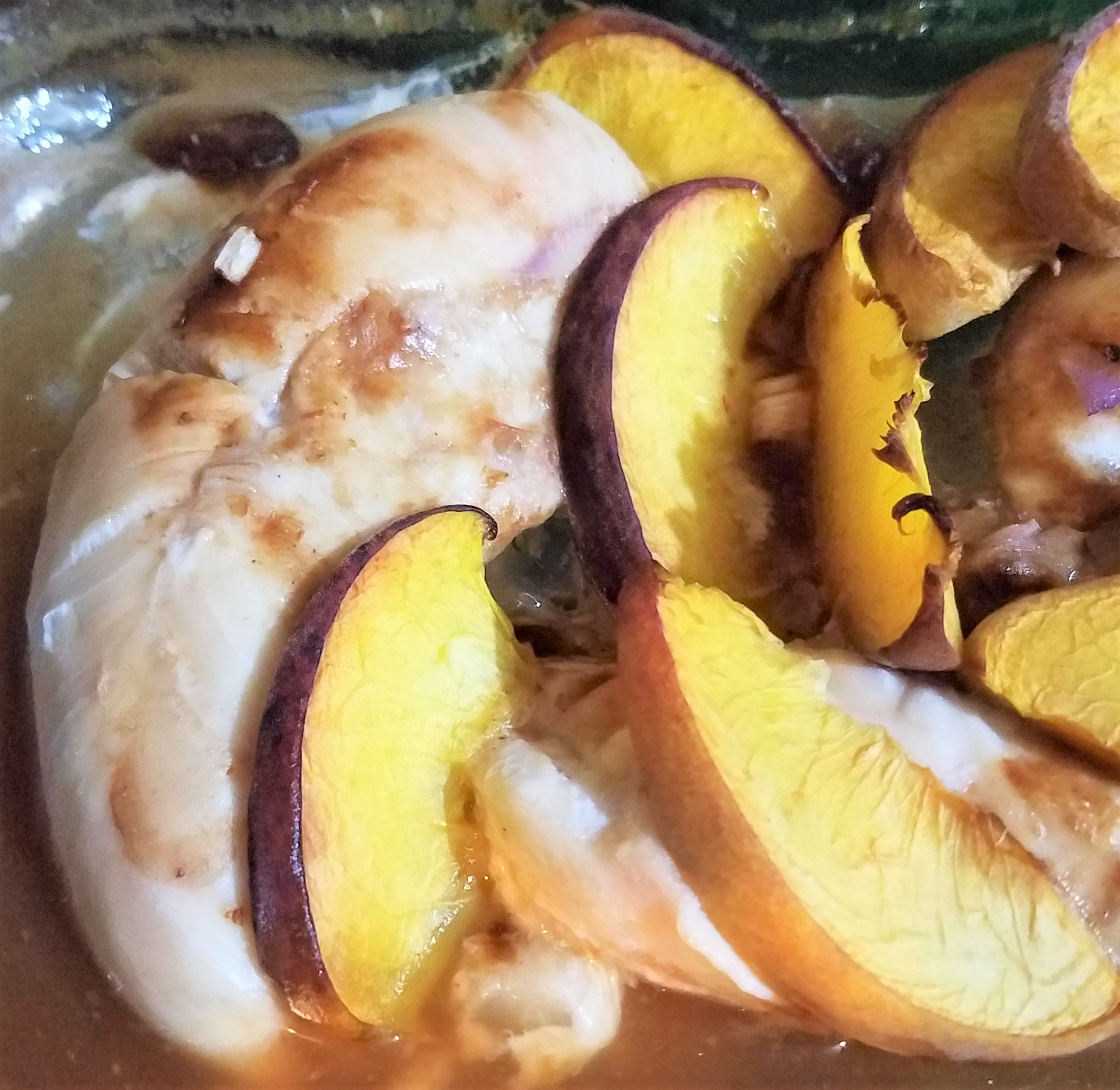 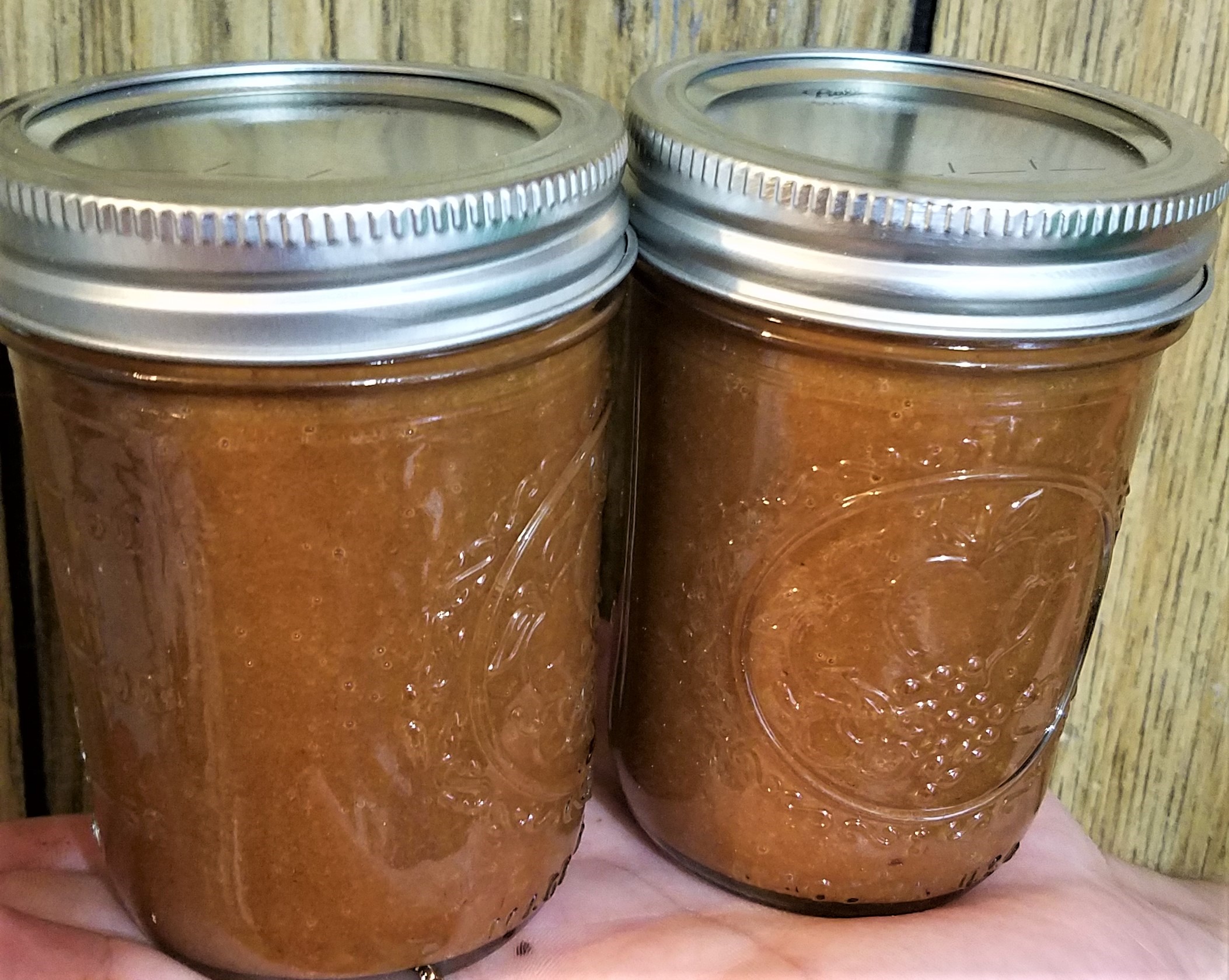 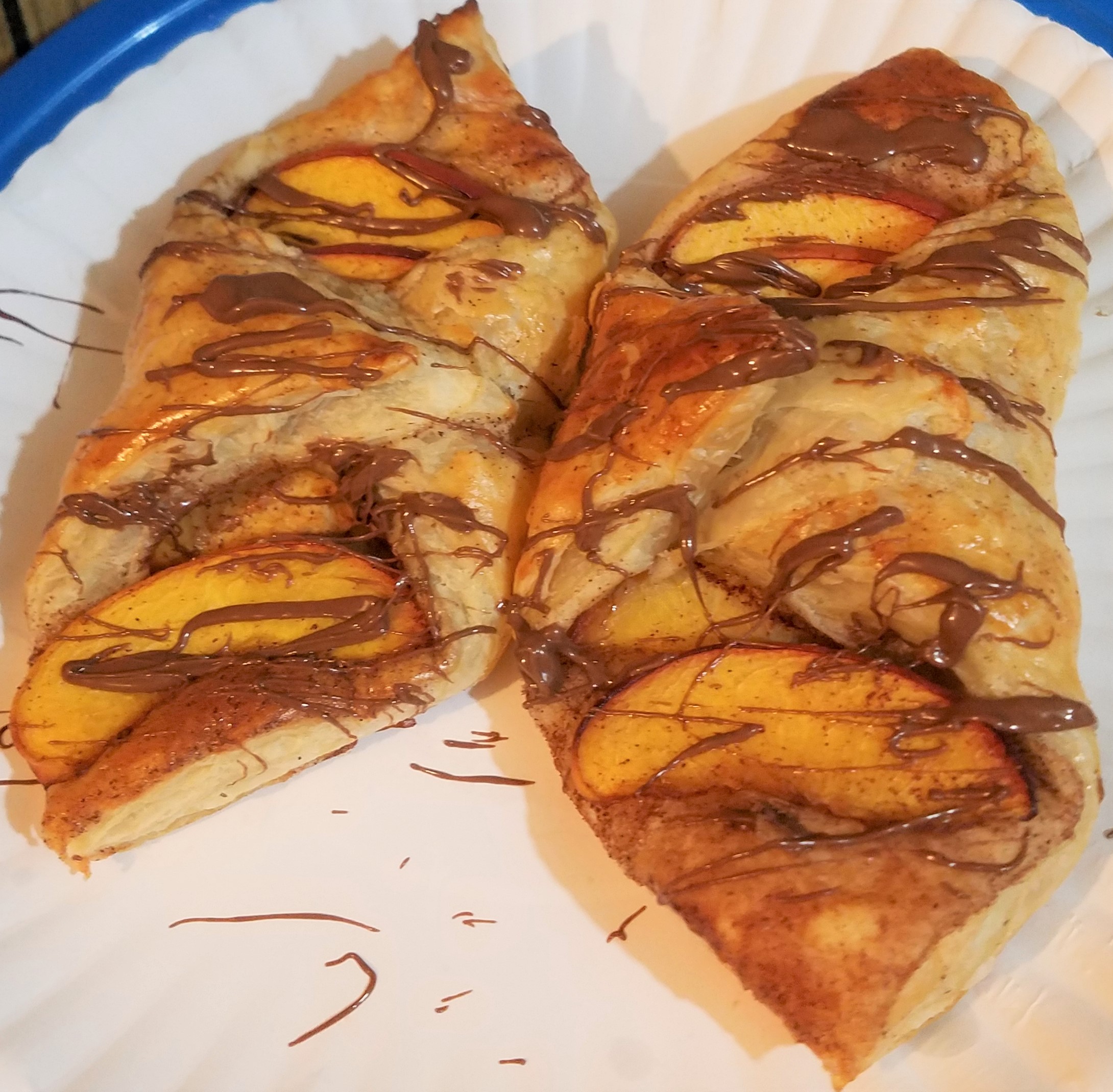 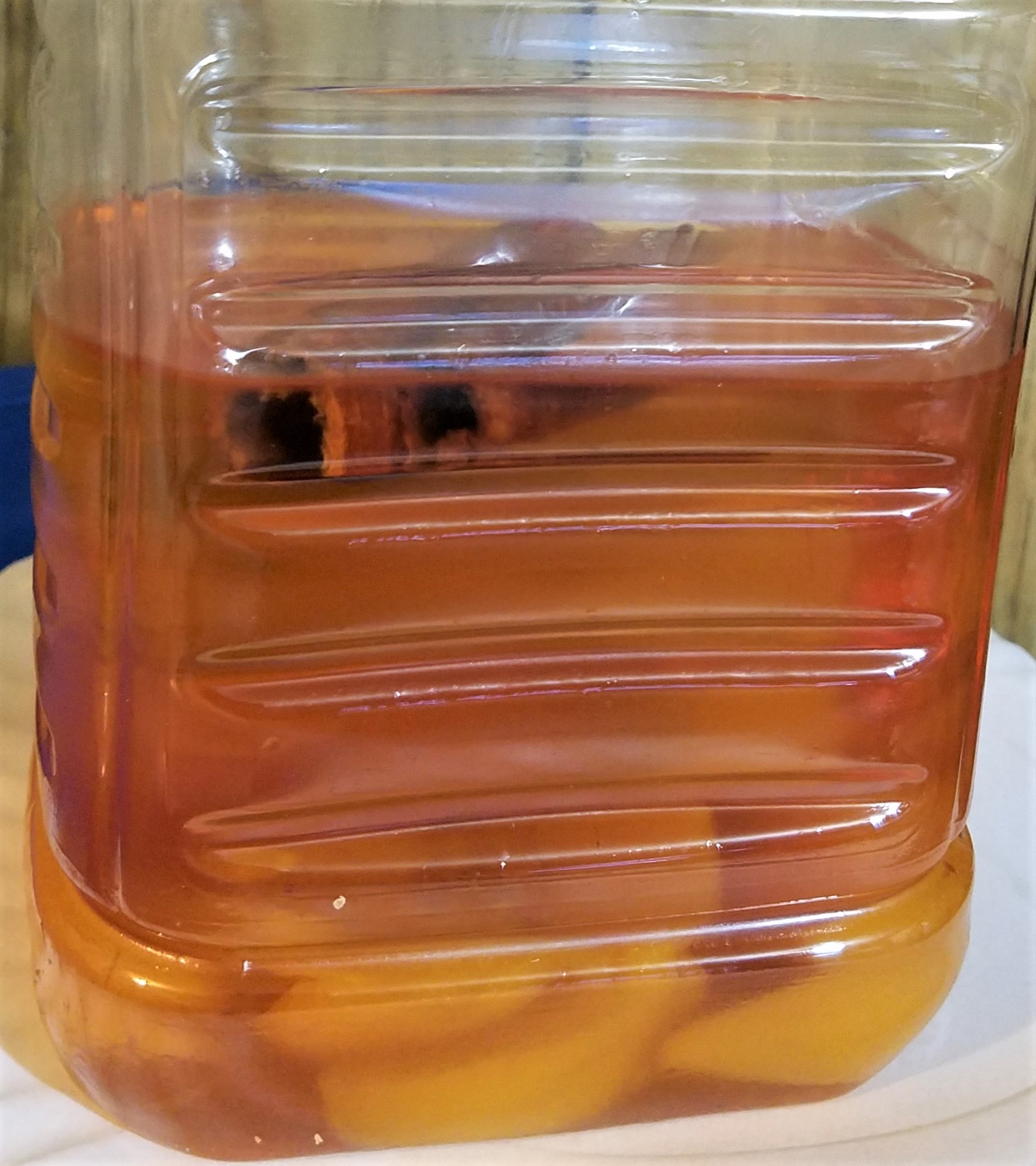 Peaches are a favorite in my family.  They are Mom’s favorite. Dad likes them, but not as much as his pears. They are Skip’s favorite and Adrian likes them as well.  Me, not so much, but I often make things I am not fond of so I figured it was about time to make a column for this fragrant fruit.

Peach is a small fruit considered a drupe (flesh surrounds an edible seed) and are of the same family as plums, apricots, cherries, and almonds. While originally from Northwest China, they are now produced worldwide and can be found in almost every country.  In the U.S., there are several states that have claimed some part of the peach as theirs.  Georgia, as we all know, is the “Peach State”, but didn’t name the peach its official state fruit until 1995. South Carolina, however, claimed the peach as their state fruit as early as 1984. Alabama named the peach the official state tree fruit in 2006. Their official state fruit is the blackberry, but they didn’t want to be left out so they named a tree fruit as well. Delaware’s state flower is the peach blossom and the peach pie is their official dessert.

Peaches are tasty, but they are also packed full of nutrients from essential vitamins to anti-oxidants.  1 peach provides 2 grams of fiber. It’s a fairly even blend of soluble and insoluble fibers. The insoluble fibers are known to aid in digestion and regular bowel movements. Soluble fiber is also good though as it provides beneficial bacteria for your gut. Some recent studies published on sciencedirect.com have shown they may improve heart health. There is some evidence they actually bind to the cholesterol produce by the liver and then is excreted out of the body thus lowering cholesterol levels. Research has also shown peaches may actually block the release of histamines in the blood. Histamines are what cause the itching, sneezing, etc. from allergies. Peaches are known to remove toxins from the blood.  Studies were done that actually show eating peaches removed nicotine from the bodies of smokers.

Peaches are easy to find year round.  They in season now though and will be best around this time of year. The farmers market has had some so see if you can head down and support them!  They are also easy to use.  They can be baked, grilled, sautéed, flambéed and eaten raw. Use them to top salads, incorporated in cupcakes, to flavor your water or as a smoothie. There are so many options! Make your grocery list and meet me in the kitchen this weekend for some easy recipes using this tasty drupe.  A special thanks to Adrian this week who really helped me in the kitchen with the cooking.

4 peach slices from 15oz can and heavy syrup from can

In large pot, bring juice, peaches and syrup, sugar, and cinnamon sticks to boil. Reduce heat and simmer for 30 minutes. Remove from stove and allow mixture to cool to room temperature. Add peach schnapps and grain alcohol to pot. **CAUTION: Do not add alcohol near a flame or heat source. It is highly flammable.** Stir well. Remove cinnamon sticks. Pour liquid and peaches into airtight container. (I used the jug the juice came in because I had no mason jars clean. If you have quart jars, feel free to use them.) Place lids on jug and allow to sit in cool, dry place for 8 weeks before enjoying. Do not try to drink early. This must mellow before drinking! Please enjoy responsibly.

Confectioners’ sugar for dusting if desired

Preheat oven to 375°F. Line baking sheet with parchment paper. Cut peaches in half and remove pits. Slice each peach half into 6-7 slices. In small bowl, mix sugar and cinnamon together. Set aside. Roll out puff pastry. Cut each puff pastry sheet in half vertically and then horizontally so you have 8 equal square pieces. Rotate square so it looks like a diamond. Sprinkle cinnamon sugar over each square of pastry dough. Place 4-5 peach slices across center of diamond from left to right. Sprinkle cinnamon sugar evenly over peach slices. Fold side corners to center, pinching together to seal. Repeat process with each remaining squares. Place croissants on baking sheet. Brush puff pastry with egg wash. Bake for 25 minutes, or until croissants are golden brown. Drizzle melted chocolate hazelnut butter and dust with confectioners’ sugar. Serve immediately.

½ cup water, plus more if needed

Wash peaches. Roughly chop and place in medium Dutch oven or heavy-bottom saucepan over medium heat (pits and all!). Add water, cover pot and let it cook for 30 minutes. Pay attention. You may need more water as it cooks. You don't want peaches sitting in the pot dry. They will scorch. Remove lid, stir and break up peaches a bit. Continue to simmer for 30 more minutes. Remove peach pits, then blend peaches and skins with an immersion blender or in a high-speed blender or food processor. Add sugar, nutmeg and apple cider vinegar. If it has too much liquid, simmer 10-15 minutes more or until it reaches the consistency you want. Place in sterile jars and use within 2 months.  You can also use canning jars and seal them for longer preservation.

Preheat your oven to 375°F. Lightly spray 9x13" baking dish with cooking spray. Add chicken breast to dish. Cover with BBQ sauce and sprinkle with onion. Arrange peach slices on each chicken breast covering chicken. Bake 25-35 minutes, depending on thickness of chicken or until internal temperature reaches 165°F. Serve with rice or pasta and vegetables of choice. Enjoy!