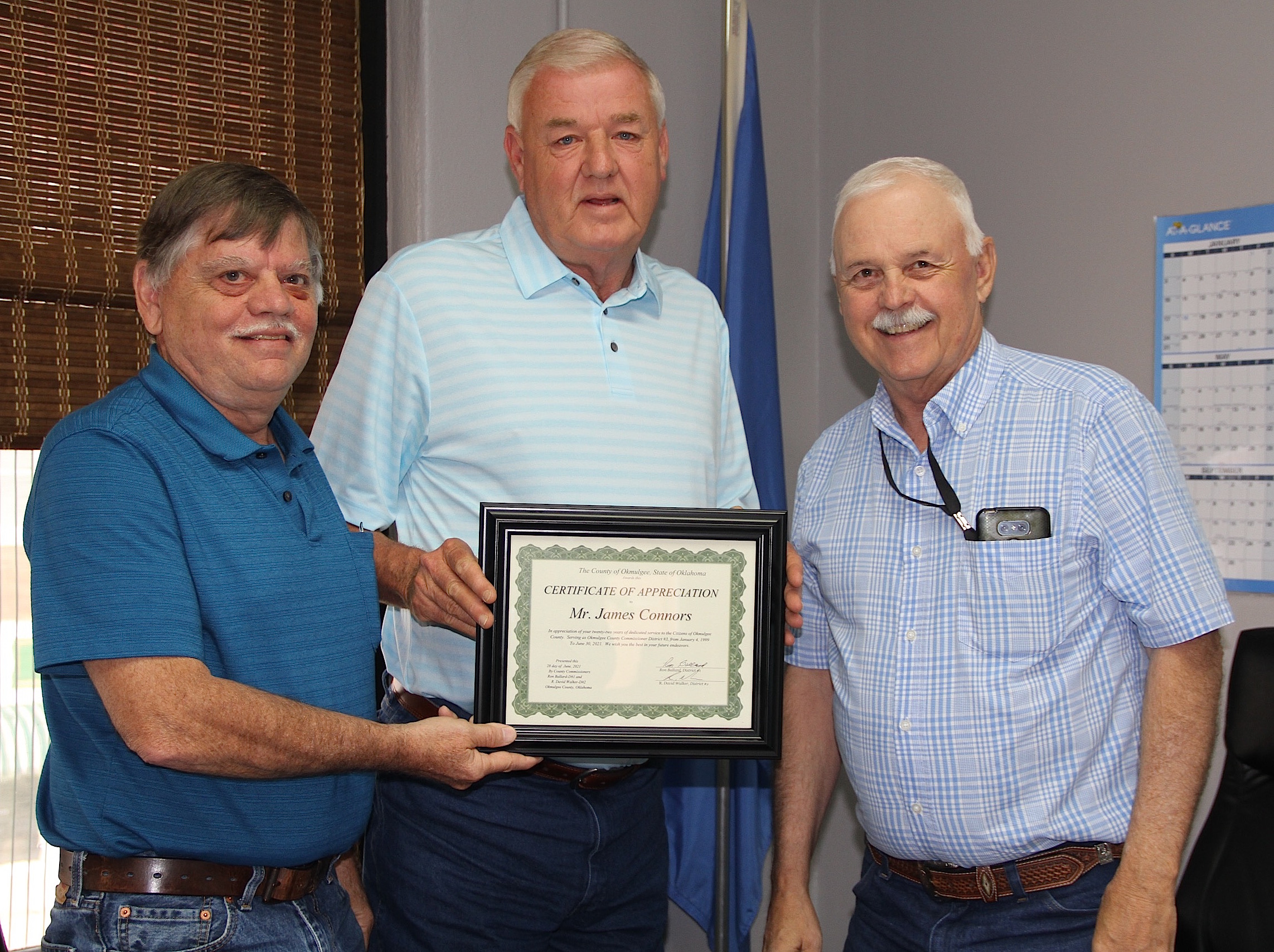 of service at his last official meeting Monday.

“It’s been a trip, I’ve learned a lot, had a lot of good mentors, and met a lot of great people,”

A retirement celebration was held yesterday evening at the Okmulgee County Courthouse.

charge for their services,” Craighton said, “so if someone comes around asking for money in

Judge Pandee Ramirez gave the commissioners an update on the courthouse activity. A jury

“We resolved over 30 cases in that week and freed up over 10 kids for adoption,” Judge

Ramirez said. “Thirty cases being resolved is a big deal.”

She thanked the county for the new jury room which “worked out well.” Some sound issues

were reported, which will need to worked out, she added.

Judge Ramirez stated another jury case is set to begin on July 19.

“This is a high security case that the sheriff and others will be helping on,” the judge said.

The following agenda items were approved:

•Bid #29 for hauling, but it was rejected due to it not being a legal bid.

insurance; and transfer of $31,000 received for insurance into Capital Outlay.

chairs, from the County Clerk’s Office.

are in her custody in accordance with O.S. 62 §348.1 for Authorized Investments - Disposition

zoning on the ballot.