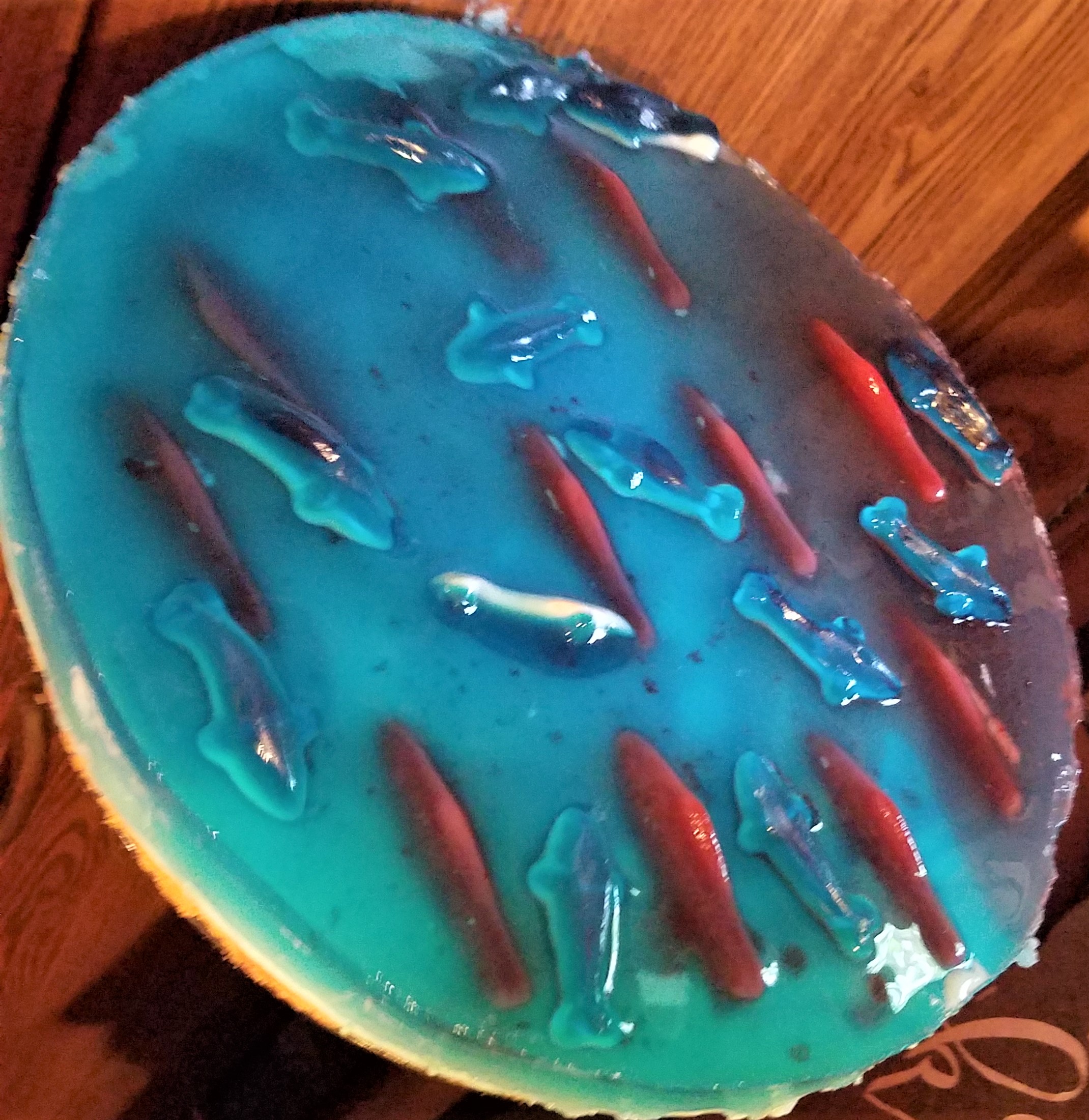 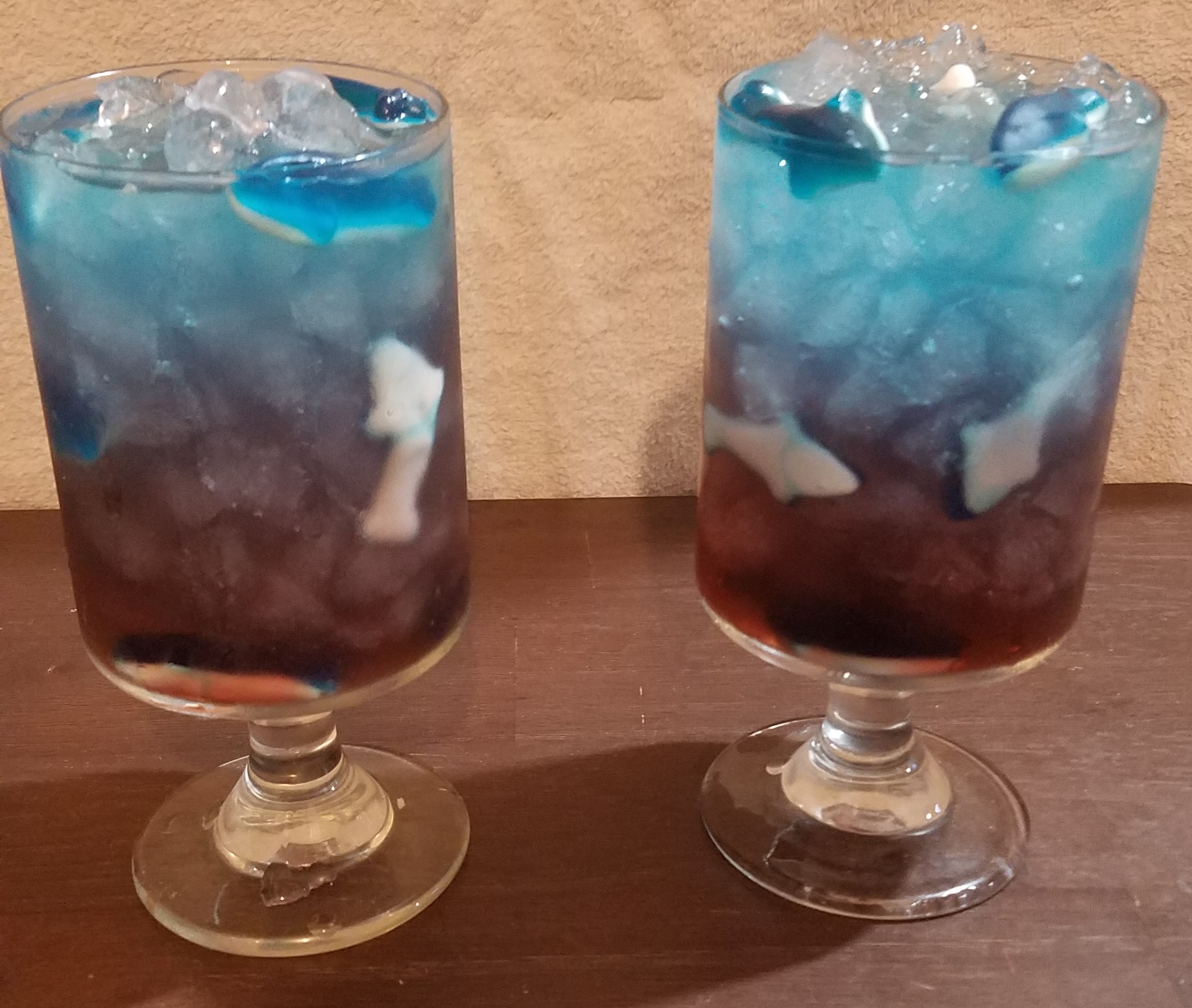 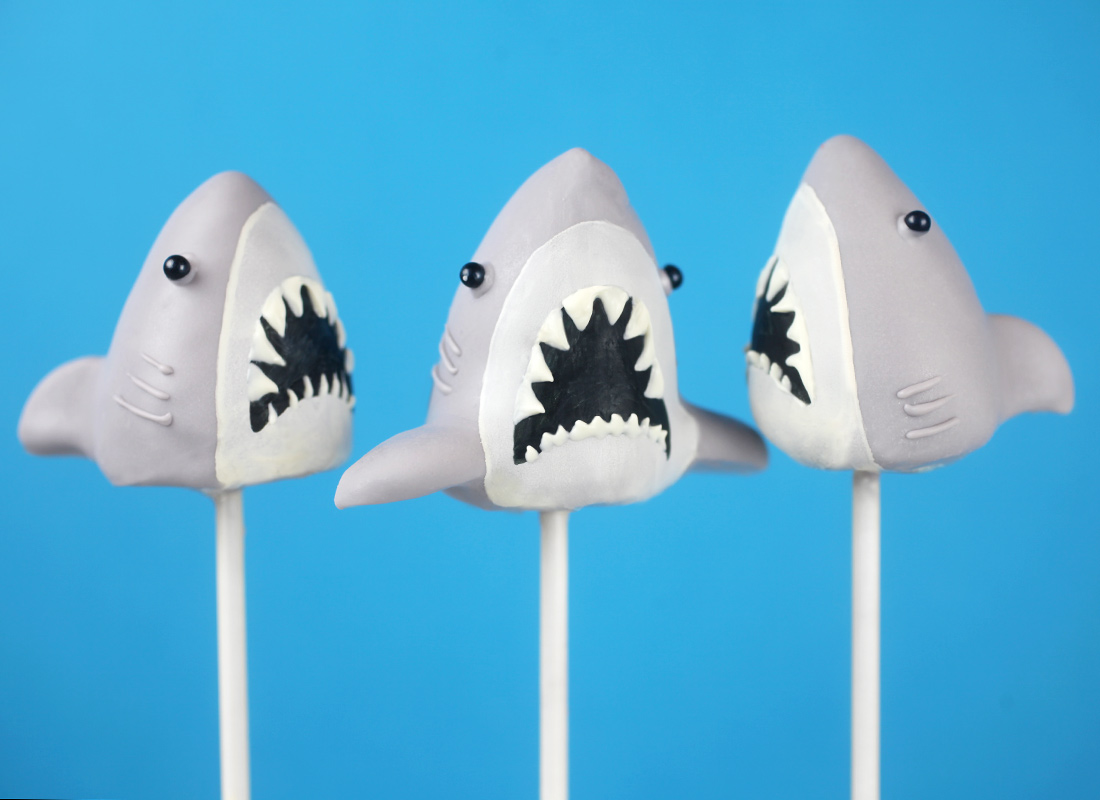 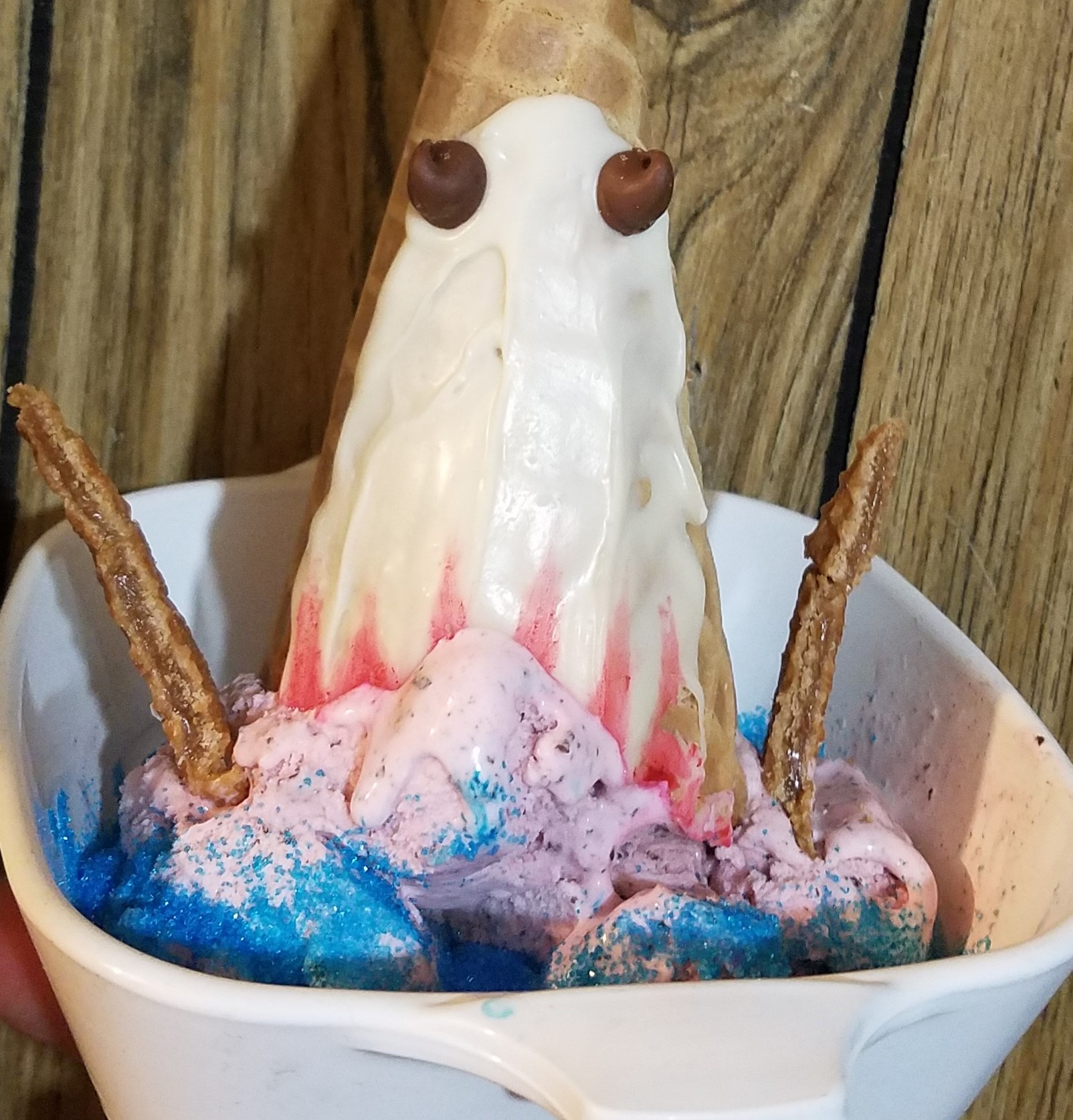 July 11 starts Shark Week on the Discovery Channel!  I am so excited.  It’s one magnificent week filled with specials about these razor toothed predators of the oceans.  NatGeo has Sharkfest going starting last week and I watched it too.  I am a total shark nerd and have always had a fascination with these misunderstood powerhouses of the deep.

The Great White Shark is one of the most feared predators of the ocean and it’s not hard to see why.  They average 15ft in length but there are some that have been measured at over 20ft long.  They also weigh about 5000lbs.  The gray color on the top half of this shark helps them blend in with the bottom of the ocean making them harder to see when viewing from above.  The white on underside of the shark makes them difficult to see when underneath the shark.  This gives them great camouflage when hunting.  When hunting, they can attack with a burst of speed and bite as they near their prey. They have several rows of large serrated teeth that can number into the thousands.  When they lose teeth, they are simply replaced by the row behind and new ones will grow.

When it comes to a food source, young Great Whites feed on rays and fish.  Once they mature, they feed on marine mammals like sea lions, seals and small whales.  They are also opportunistic feeders and if a large whale dies, they will congregate and eat on it for a few days.  Often, human attacks are due to mistaken identity or investigative bites.  An investigative bite occurs when the shark is trying to decide whether or not what they have found is food. Since they have no other way to investigate anything in their territory, they have to use their mouth.   Mistaken identity often happens in murky waters or in low light but also happens with surfers.  The shape of a surfboard with someone on it resembles prey enough that a shark will investigate.   Humans don’t have a high enough fat content to be able to sustain a shark so generally any victim is not eaten but simply released.  Unfortunately, due to the teeth mentioned above and the sheer power of these animals, these bites can be fatal.  Though dangerous, you are far more likely to be struck by lightning or die from a snake bite than you are to be attacked by a shark.

In the oceans, only larger sharks and orcas pose a threat to the Great White.  Even so, they are an endangered species due to human activity. There are several reasons for this.  Some sharks tangle in fishing nets and die as a result.  Some are killed for sport, for the thrill of the hunt.  Some are killed due to human fear.  Movies like Jaws terrified the public and cause irrational fears that resulted in hundreds of thousands of sharks of all species being killed for no reason.  The saddest reason though is commercialism.  Great Whites are killed for their teeth and jaws which are sold worldwide.  Some cultures even eat shark fin soup.  Often, the shark’s fins are removed whether the shark is dead or alive and the rest of the shark is discarded creating tons of waste and decimating the numbers of sharks in the ocean.  Luckily, this is falling out of favor due to public backlash against shark finning.

Fun Facts: Great Whites love the surprise attack and often position themselves under prey and then propel themselves up to capture it often propelling themselves straight out of the water in what is known as a breach.

Most of the world’s Great White Sharks live off the coast of Dyer Island, in South Africa, this area is also referred to as “Shark Alley.”

Scientists previously thought the life expectancy of a Great White Shark was around 25 years, but a recent study shows their life expectancy is actually around 70 years.

Their sense of smell is so good they can detect the scent of blood in the water from up to three miles away.

Female Great White Sharks are pregnant for 11 months, giving birth to small litters of 2-12 pups.  Baby sharks practice oophagy, a behavior where the largest, strong pups will cannibalize the other pups inside of the womb.

Great White Sharks become motionless when flipped on their backs, known as “tonic immobility.”  Killer whales have been seen using this tactic to kill Great Whites.

Sharks are powerful predators but are so misunderstood.  Discovery and NatGeo Channels are trying to help save the sharks by providing understanding.  The public is starting to come around and more and more are becoming advocates for saving these creatures.  Plan on watching some next week and meet me in the kitchen for some Shark Week snacks!

Blood in the Water Cheesecake

Water as called for on package

Spray 8" springform pan liberally with cooking spray. In large bowl, mix together Nilla crumbs, butter and sugar. Press into bottom of prepared pan. In large bowl using a hand mixer (or in the bowl of a stand mixer), beat cream cheese, sour cream and powdered sugar until smooth.  Add heavy cream, vanilla and a few drops of blue food gel and beat on low about a minute then slowly increase speed until on high.  Beat about 5 minutes or until light and fluffy. Adjust blue color as desired as it mixes. Pour mixture over crust and smooth with an offset spatula. Refrigerate for 2 hours. Using tip of knife, add red food gel in a swirl to add a little blood to the cheesecake. Prepare Jell-O as directed on box. Place fish gummies on surface of cheesecake. Pour about half of Jell-O mixture onto cheesecake. Refrigerate 2 hours, or until firm. If you are up for it, make a small batch of red Jell-O and lightly drizzle over blue layer randomly for more blood. Refrigerate again until set.  Place sharks all over cheesecake, then pour in remaining Jell-O onto cheesecake. Refrigerate 6 hours, or until firm, and serve.

2 cups (16oz) frosting, either homemade or a tub from the store

Bake cake as directed on box.  Let cool completely. Crumble cake into tiny pieces into large bowl. Line baking sheet with parchment paper. Add 1/2 frosting to bowl of cake crumbs. Mix well until thoroughly combined and crumbs stick together well. If crumbs don't stick together, add a little more frosting, up to 3/4 of what you have. Do not add entire batch! The cake will be way too moist if you add it add all. It should be just moist enough to roll into balls and hold their shape. Take small handful of cake and shape into cone so you have a nice shark nose shape. Slide bottom on parchment paper to make it flat. Repeat until you have no cake left. Cover with plastic wrap and chill for several hours or freeze for about 30 minutes. You want firm but not frozen. In the meantime, use candy wafers to make shark fins by slicing the edges off to form a triangle fin. Melt some white candy wafers in chocolate melting pot. Add a couple black wafers at a time once white is melted allowing black to melt and stirring until you get the gray color you want. Make sure this is super smooth. If it's too thick, cake balls will fall apart. Remove shaped cake and use melted wafers to 'glue' fin to back of shark. Once cake shapes have set, dip into gray candy coating you created. Let excess fall off and set into foam block covered in parchment paper to allow coating to harden. Once hard, use more white melting wafers or food paint to paint white underbelly. Allow to dry. Use black food paint or marker to paint mouth. To finish the look for these, dot on gray candy coating and place black sugar pearl in position for eyes and draw on gills with gray melted wafers and a toothpick. Let dry. Use clean toothpick to draw on teeth. Dot and pull to point to make them look sharp.

Red drink, again just as long as its red, any drink works

Fill cups with small amount of ice. Top with a few sharks. Top with more ice and sharks alternating until glass is full. Fill cups 3/4 full with blue liquid of choice. Right before serving, slowly add red liquid and enjoy! You want to add red right before serving. If you do it too early, the colors will blend and just make your drink purple which is still cool, but not when you are going for an ocean look.

1 Stroopwafel sandwich cookie (you can find it at Walmart)

Melt wafers in melting pot. When ready, spread with a spoon onto ice cream cone to form the belly of the shark. Spread at least half way up with an arch at the top. Add 2 chocolate chips toward the top to form eyes. Place on parchment paper to dry. Repeat with as many cones as you need. Once dry. Paint on mouth as desired. Make side fins by cutting 2 thin 1 1/2-inch-long triangles from the cookie for each shark you are making. Cut one 1-inch-wide-by-1 1/4-inch-tall triangular back fins for each shark as well.  Make one side of each triangle rounded with a pointed tip, like a shark fin. Place one scoop of ice cream into a bowl. Top with cone shark. Place blue sprinkles around ice cream scoop. Stick back fin into ice cream so it touches back of shark cone. Stick a side fin on either side of the cone below the shark's eyes. Repeat as needed for how many sharks you are making. Enjoy!