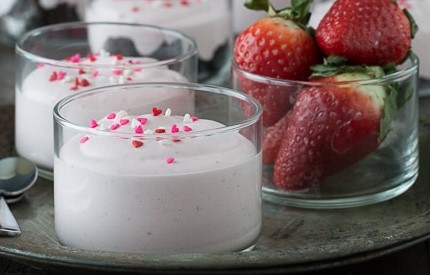 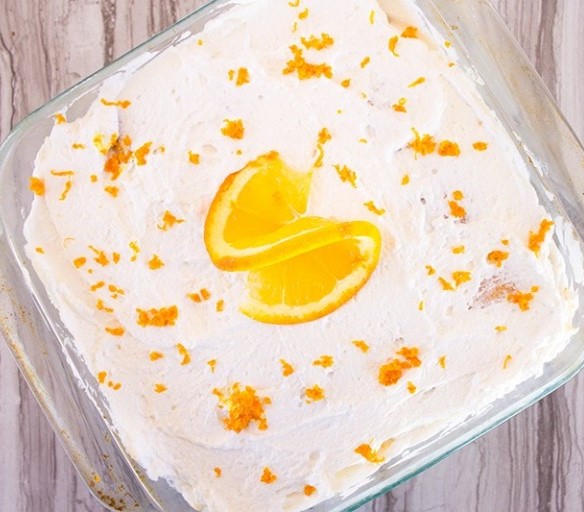 3 Tbsp granulated sugar, to taste.  (You can add more depending on how sweet you want it. I have added up to ½ cup of sugar with no problems)

Chill large metal bowl and beaters for at least 30 minutes.  Pour cold heavy cream into bowl and beat on medium speed until it begins to thicken and soft peaks form.  Add sugar and vanilla and beat on high speed until stiff peaks form.  This takes about 5 minutes with a good stand mixer.  Note: This must be refrigerated due to the heavy cream.  If it sits out too long, it will start to get runny as the frosting loses it consistency.

This recipe is deceptive in that it’s called cake but made from cookies.  If done right though, you will think you are eating cake because it will be soft and decadent.  This recipe replaces the granulated sugar in the recipe above for powdered sugar, but the whipped cream is still prepared the same way.  The great thing about this recipe is that you can alter it and create so many varieties.  Use graham crackers instead of vanilla wafers and strawberries instead of oranges for a sweet strawberry shortcake.  Use Oreos as your cookie, flavor the whipped cream with a Tbsp of Bailey’s or Chocolate Liqueur and leave out the fruit all together for a zippy after dinner treat topped with chocolate shavings.  Have fun with your own variation!

Zest of 1 orange, for garnish if desired

1 orange slice, for garnish if desired

Dice mandarin orange slices. Layer two paper towels on top of each other and place the oranges on top. Wrap up the orange pieces and gently press to soak up any extra juice into the paper towels.  In a large mixing bowl, beat together the heavy cream, powdered sugar, and vanilla until stiff peaks form, about 3 to 5 minutes. Gently fold the orange pieces into the whipped cream. The more you stir, the flatter your cream will get so go light and fold just until incorporated.  Using a 9x9-inch baking dish, create a layer of vanilla wafers in the bottom of the dish. Place 1/4 of the whipped cream on top of the cookies and use the back of a rubber spatula to spread the whipped cream into an even layer. Repeat the cookie and whipped cream layering three more times, ending with whipped cream on top. Cut a slit in the orange slice and twist it once. Place the twisted orange in the center of the dessert. Sprinkle the orange zest all over the top of the whipped cream. (You could also reserve 4 mandarin oranges and place them in the center of the whipped cream in a starburst and use orange colored sprinkles instead of zest.) Cover the dish and refrigerate for at least 4 hours. Keep refrigerated until ready to serve.

Wash and dry the strawberries. Dice them into small pieces. Place the diced strawberries and sugar in a blender and mix until pureed. Set aside.  In a mixing bowl, combine the heavy cream and powdered sugar and use an electric mixer to whip it into soft peaks. Now soft peaks is all you have to have, but I feel like it needs more for this recipe and I like to whip it to medium stiff peaks instead. Once you have peaks you like, gently fold the strawberry puree into the cream, until everything is well combined. If you will be dividing the strawberry mousse into smaller containers, pour it into the containers and refrigerate for one hour. If you will not be using the mousse right away, it can be covered and refrigerated overnight, until you’re ready to use.

This recipe I created based on several other recipes I had used before. I created it for my sister who had to go Gluten Free several years ago for health reasons.  She loves this cheesecake.

2 8oz pkgs cream cheese, softened—This is absolutely crucial since you are not baking this recipe.  If your cream cheese is still cold when you start, this will not smooth correctly and you will have lumps of cream cheese in your cheesecake.

To make crust, mix graham cracker crumbs, sugar, melted butter and cinnamon until well blended. Press mixture into a 9 inch pie plate including up the sides.  Refrigerate while you prepare filling.  In large bowl, beat cream cheese and sugar until smooth and fluffy, about 3 minutes, scraping down the sides occasionally.  In another large bowl, beat heavy cream until stiff peaks form.  Gently fold whipped cream into cream cheese mixture until incorporated. Spoon into prepared crust and smooth top.  Refrigerate overnight.  Top with fresh fruit or glaze as desired.

The great thing about this recipe is that it takes left over cake and turns it into something entirely new and just as delicious.  For this recipe, I will let you pick your own cake, chocolate, vanilla and yellow cake all work well with chocolate pudding.  I am also going to totally cheat on the pudding as well and use one from a box.  Feel free to change it all up and use a vanilla pudding with strawberry cake or lemon cake. The possibilities are endless.

1 cup of heavy whipping cream--If you have almost a whole cake and you know this will not be enough, go ahead and prepare the full two cups.

1-2 boxes Jell-O chocolate pudding mix, depending on how much cake you have

Kahlua or any coffee or nut liqueur, to taste

Prepare pudding mix as directed on box.  Whip heavy cream and powdered sugar to soft peaks.  Add vanilla and continue whipping until stiff peaks form.  If you want individual trifles, use small jars or wine glasses for layering.  If you have a lot of cake or are serving a crowd, you can use a trifle bowl if you have one or a baking dish will work as well.  I like individual servings myself.  Place a layer of pudding in the bottom of your dish.  Layer cake cubes on top.  Sprinkle about a 2 tsps of liqueur over cake in individual serving dishes.  Do this to your taste, you can use up to a Tbsp before the cake starts to get soggy from the moisture.  If using a bigger dish, lightly brush the top of all pieces with liqueur using a pastry brush.  Cover with whipped cream and repeat layers to fill container.  Top with chocolate curls or cake crumbs for an added touch.

1 tsp vanilla bean paste or other flavoring of your choice

Pour the sweetened condensed milk into a large bowl.