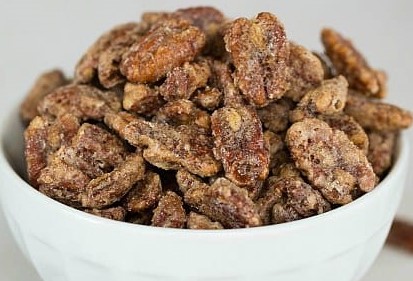 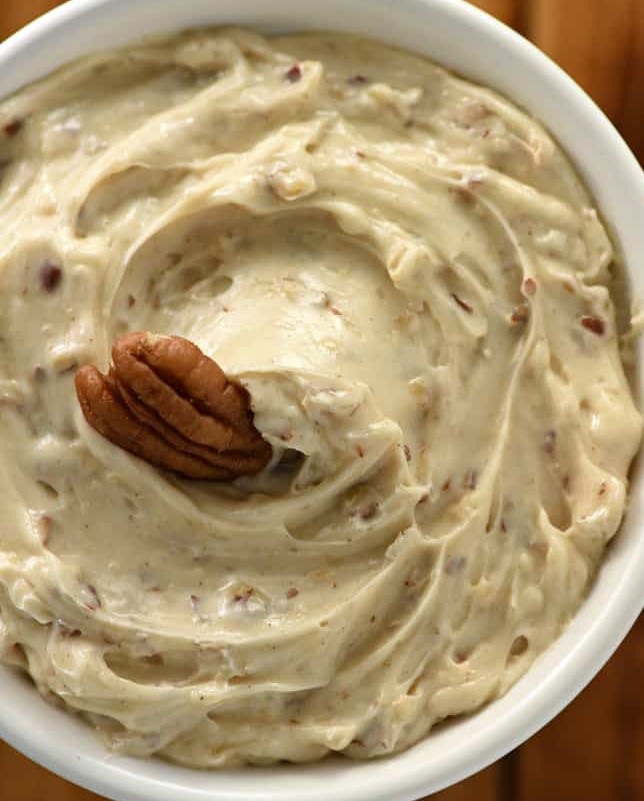 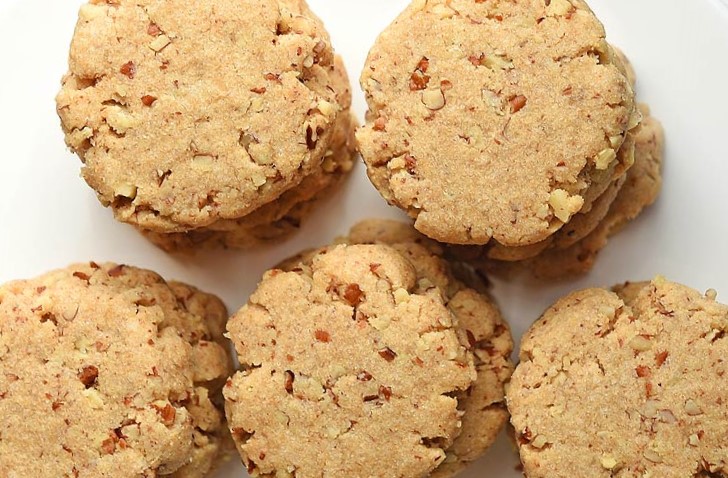 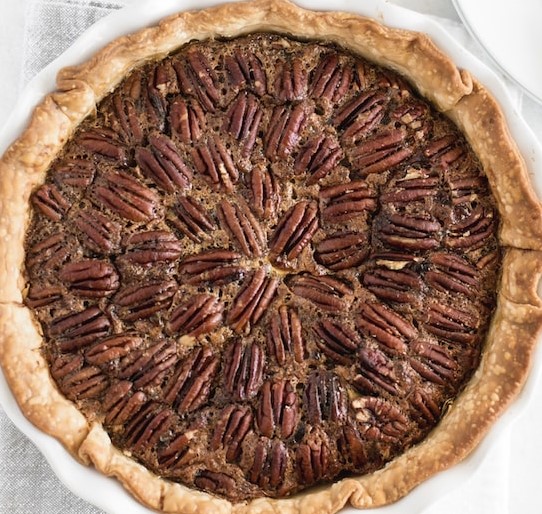 This weekend, June 6-8, is the annual Pecan Festival in downtown Okmulgee.  This weekend celebrates the pecan in all its nuttiness.  The Festival this year will have the carnival return with rides up 6th Street.  There are several arts and crafts vendors signed up to participate and I can almost smell the food trucks now.  Working downtown only creates an issue when there are the smells of food wafting down the street on the breeze.  There will be turtle races, a pet parade, the pecan scramble, pie eating contest and so much more this year.  Come visit downtown Okmulgee for some family fun.

Back in 1988, the Festival made the Guinness Book of World Records for the world's largest pecan pie. The pie had a diameter of 40 feet, and it weighed about 16 1/2 tons. Volunteers from the Okmulgee Chamber of Commerce, Oklahoma State University's technical branch in Okmulgee and Bama Pie of Tulsa helped create the record.  Two new cement trucks steam-cleaned for the occasion mixed the ingredients for the pie, including 4 tons of sugar, 77,770 cups of flour, 6,666 cups of shortening, 13,290 teaspoons of salt, 3,333 cups of water, 1,357 1/2 cups of margarine, 64,280 eggs, 15,656 1/4 cups of corn syrup, 16,242 teaspoons of vanilla and 3,000 pounds of pecans.  It took more than 10 hours to cook the pie in a specially designed oven. The pie cooled overnight and then was dished up the next day and sold at the Pecan Festival.  We lost our title in 1999 to a pecan pie created in Texas that was 50 feet in diameter.  It would be quite the feat to return the pie to Okmulgee, but it would be awesome to see such a thing again.  We don’t have to break the record again (can you imagine a 60 foot pie), but a giant pie would certainly bring back some tradition to the festival.  Maybe the powers that be could start working on it for next year…

Once we had won the title and it wasn’t immediately challenged, it was decided not to make the huge pie again because it was such a vast undertaking.  In 1990, the big event was a pecan cookie with a diameter of 32 feet and a weight of 7,500 pounds. That wasn’t all Okmulgee did though. In 1991, it was decided to keep it simple and celebrate with the World's Largest Pecan Cookie and Ice Cream Party. More than 15,000 cookies and 5,000 single servings of vanilla ice cream were served.  In 1992, the World’s Largest Brownie was almost a disaster as storms moved through just as the brownie was supposed to start cooking.  No damages were done to any tents or the carnival, but some buildings in the downtown area had windows blown out.

The Pecan Festival had approximately a 10 year hiatus then returned in 2016.  It is not the same as it once was, but the Festival committee members work hard to put on a good festival.  Months of planning go into the event each year.  Volunteers help plan and execute and then run the festival with the backing of the Chamber of Commerce.  Take a moment if you see one of them on a Kubota, or just running around looking stressed, and thank them for their hard work.  The festival this year promises to be a good one and they are trying to bring back as much as they can remember from the past.  Feel free to contact me if you can think of other things you would like to see return for next year.

Preheat oven to 250°F. Line a large rimmed baking sheet with parchment paper and set aside.  In a large zip-top bag, combine the sugar, cinnamon and salt and set aside.  In a large bowl, whisk together egg whites, water and vanilla. Add pecans to bowl and stir into egg white mixture with a rubber spatula, making sure they are all moistened. Using a slotted spoon, remove pecans from egg white mixture and drop them into bag with the cinnamon-sugar mixture. Once all of pecans are added, seal the bag, and shake it to coat all of the pecans.  Using a clean slotted spoon, remove the pecans from the bag and place onto the prepared baking sheet in a single layer. Bake for 1 hour, stirring them every 15 minutes. Remove from the oven and cool to room temperature. The pecans can be stored in an airtight container at room temperature for up to 2 weeks.

Preheat oven to 325°F. Line baking sheets with baking parchment.  Using an electric mixer, beat together butter and sugar until smooth.  Add all other ingredients and mix to combine.  Chill dough covered for at least 30 minutes.  By hand, firmly form dough into 1-inch balls. Dough will be crumbly so take time to press it together well to hold shape. Place dough balls on prepared baking sheets about 2-inches apart. Using a flat bottom glass, gently flatten balls to about 1/2-inch thick, or roll into crescent shapes.  Bake for 20 minutes.

Preheat oven to 350°. Measure out pecans and then finely mince. Spread minced pecans in a thin layer on sheet pan and bake for 5 to 7 minutes or until light golden brown, watching carefully to prevent burning. Allow to cool completely.  Blend softened butter, honey, vanilla, cinnamon and salt until completely combined and smooth. Stir in toasted minced pecans. Serve at room temperature.

Combine sweetened condensed milk, whole milk, evaporated milk, cream, sugar, molasses, and vanilla extract together using a whisk in a large bowl, taking care to avoid creating bubbly foam. Refrigerate mixture for 30 minutes.  Preheat oven to 350°F.  Melt butter in a large saucepan over medium-low heat.  Stir in salt until dissolved. Mix pecans into melted butter until evenly coated. Spread coated pecans in a single layer onto a baking sheet.  Bake in the preheated oven for 6 minutes. Flip pecans and continue baking until toasted and fragrant, about 6 minutes more. Remove pecans from oven and coarsely chop. Measure 1 1/2 cups pecans and reserve remaining for another use.  Pour cream mixture into an ice cream maker and follow manufacturer's instructions for ice cream. When ice cream is semi-solid (about 30 minutes), stop the machine. Pour ice cream into an air-tight container and fold in 1 1/2 cup butter pecans. Cover ice cream with plastic wrap and seal container with a lid. Freeze ice cream until solid, at least 2 hours.

3 cups water, plus additional for soaking

Place pecans in a bowl and cover with water. Let soak for at least two hours, then drain. (Pecans can be soaked in refrigerator for up to 24 hours to achieve creamiest consistency.)  In a blender, combine soaked pecans, 3 cups water, vanilla extract, maple syrup, and kosher salt. Blend on high for 2 to 3 minutes until creamy.  Taste and adjust as necessary.  Refrigerate about 1 hour until liquids and solids separate. Strain pecan milk through fine mesh strainer into a sealable 1-quart jar, using a spatula to push liquid through as necessary. Seal the top and refrigerate until cold.  Stores refrigerated for up to 1 week.  Shake well before serving, as milk may separate over time.

1 pie crust-if you want a homemade recipe, check out the February 8 edition for a whole column on pie.

1 ¼ cup dark chocolate chips-you can use semi sweet, but the pecan pie is sweet enough by itself, the dark chocolate is really a nice touch to keep it from being too much sweeter.

Preheat oven to 375° F.  Roll out pie crust and press into a 9″ pie pan. Use a fork to pierce the crust all over. Spread chocolate chips over bottom of crust.  In a medium bowl, whisk together eggs, brown sugar, honey, vanilla, salt, butter and bourbon. Pour over chocolate chips. Arrange pecans in a single layer over top of filling.  Bake 45 minutes or until filling is set.  Let pie cool before cutting.