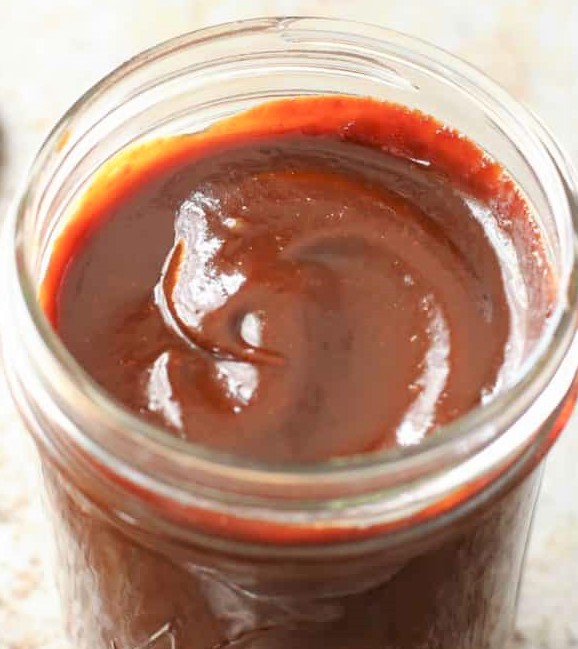 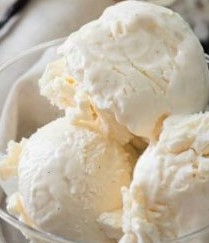 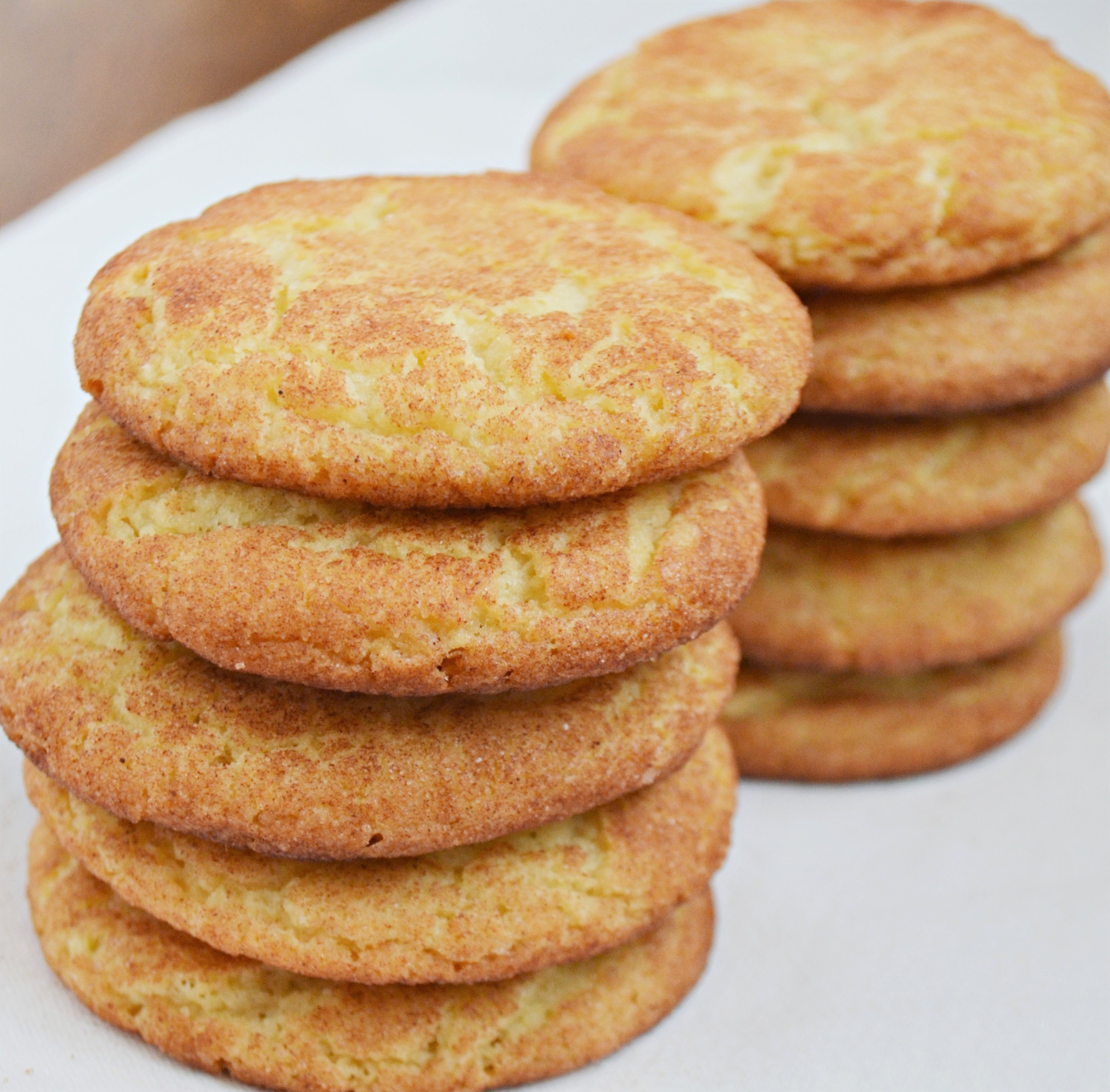 It’s National Bourbon Day!  I am not a drinker of it myself, but I do have a couple bottles in the fridge.  Dad likes to joke about how I have more alcohol than the liquor store.  For someone who rarely drinks and has only found a couple that I actually like, that is really saying something.  Now, of course, I don’t have more than the liquor store, but I do have between 20-30 bottles.  I don’t drink my alcohol though, I bake with it.  The alcohol bakes out of anything that cooks long enough, but it leaves behind a depth of flavor that takes a standard cake or cookie to a whole new level.

Legend tells us Elijah Craig, a Baptist minister and distiller credited with many Kentucky firsts (fulling mill, paper mill and ropewalk to name a few) invented bourbon.  It is said he was the first to age the product in charred oak casks.  Across the county line in Bourbon County, an early distiller named Jacob Spears is credited with being the first to label his product as Bourbon whiskey and so named it for the county he lived in.  The Prohibition in 1919 seriously damaged the bourbon industry across the country.  Small advances were made through the years to keep it going, but it was somewhere in the 2000’s that a new generation discovered the flavor and rekindled sales so much that by 2014 demand was outpacing the supply.

Federal regulations define bourbon whiskey to only include bourbon produced in the United States.  To legally be a considered Bourbon, it must be 51 percent corn, stored in new charred-oak barrels and distilled no more than 160 proof and barreled at 125 proof.  In 1964, a Congressional Resolution designated bourbon as America’s native spirit. Since then, there is nowhere else in the world that can make a whiskey and call it bourbon.  These regulations are only for spirits made for sale inside the U.S.  Those made for export do not have to adhere to the same regulations.  Bourbon's legal definition varies somewhat from country to country, but many trade agreements require the name "bourbon" be reserved for the product made in the United States.

The char in the barrel actually has a couple of good uses.  First, it acts as a filter and absorbs undesirable flavors.  It draws the unwanted components of the whiskey to the edges of the barrel.  Second, the char adds color.  Bourbon comes from the still clear.  That golden color comes from sitting in a charred barrel.   Third, the wood releases flavors - and charring speeds up the process. Hemicellulose, or wood sugar, caramelizes on the inside of the barrel.  Lignin breaks down into vanillin (guess what flavor that produces).  Oak lactones result in coconut undertones and tannins, or wood spice, makes the whiskey dry according to abaralove.com.  The barrels can only be used once to make bourbon.  The barrels are then used for other alcohols, mainly scotch.

White Dog is unaged bourbon and is the clear stuff before it goes in a barrel.  Straight bourbon has to be aged at least two years and can’t have any added flavors or coloring.  Bourbon has no laws for how long it has to age, but any bourbon aged less than four years has to be labeled as such and actually decreases the value of the bourbon.  Who knew?

As bourbon ages inside the barrel, 3-4 percent of the spirit is lost to evaporation each year. This is referred to as the Angels’ Share. Why? They say an ancient distiller filled his rack house with barrels, and prayed God would send a guardian angel to watch over every cask. Then, he came back and found his 20-year-old whiskey had lost 40% of its volume. While the dratted angel waited for the spirit to age, he must have taken a sip! And then another…  The Devil’s Cut refers to bourbon that remains trapped inside the wood of the barrel after it has been emptied. Jim Beam made the phrase popular when it extracted the bourbon, blended it with extra-aged stuff, and bottled it at 90 proof “for robust, premium bourbon with deep color, aroma and character.”

One more thing, bourbon can be made anywhere in the U.S., but Kentucky is supposedly where the best bourbon comes from.  They say it takes the perfect humidity to draw the flavor out of the barrel and Kentucky is where the conditions are perfect.  Kentucky is where most of the bourbon is made so maybe there is something to the rumor.  There are so many laws to making bourbon!  I hope you have a little new found appreciation for this whiskey.  Head over to Beeline Liquor here in Okmulgee and pick up some Jim Beam Bourbon Whiskey then meet me in the kitchen for new flavors for some old favorites!  For a bonus recipe, check out last week’s column for a Chocolate Pecan Pie with Bourbon!

1 chopped chile pepper, such as a serrano

Heat butter and oil in a sauce pan over medium-high heat. Add grated onion and chile to pan and cook over medium heat for 3-4 minutes, or until onions turn translucent.  Take pan off heat and add bourbon. Return to stove, turn up heat to medium-high again and boil down bourbon for 5 minutes.  Add the ketchup, lemon juice, vinegar, Worcestershire sauce, molasses and sugar. Mix well and return to a simmer.  Cook sauce for a few minutes to combine flavors and then taste it. Is it salty enough? (It should be from the Worcestershire sauce). If not, add salt. Is it spicy hot enough? If not, add a little cayenne powder. Is it sweet enough? If not, add some molasses.  Let the sauce cook down slowly until it thickens, about 20 minutes.  Store in air tight container in the fridge.  It will stay good in the fridge at least a week; I've held mine for two weeks with no problem.

In a large bowl or sealable plastic bag big enough to hold all pieces, place all ingredients except salmon.  Stir to combine ingredients well.  Add salmon to bowl and make sure all pieces are covered with marinade.  If all pieces are not covered, you will need to rotate the pieces after 15 minutes to make sure they are all well coated.  Cover and refrigerate for at least 30 minutes.  Preheat oven to 375°F and line a baking sheet with parchment paper.  Remove fish from bag and lay on prepared baking sheet skin side down.  Discard marinade.  Bake 10-15 minutes.  Fish is done when flesh is opaque and separates easily with fork.

Preheat oven to 375°. Line baking sheets with parchment paper.  In medium bowl, combine flour, baking powder and salt. Set aside.  In a large mixing bowl, beat butter and 1 ½ cups sugar until light and fluffy, about 4 minutes.  Add eggs one at a time, beating after each addition.  Add bourbon, bitters, and extract and mix to combine.  Gradually add the flour mixture, to the butter mixture and beat until incorporated, scraping down the sides as needed.  If the dough is too soft to work with, refrigerate for 30 minutes to an hour.  In a small bowl combine remaining sugar with cinnamon and stir to combine.  Roll dough into 1 inch balls and then roll the rounded dough through the cinnamon sugar to coat.  Place coated dough onto prepared baking sheets.  Slightly flatten dough with the bottom of a drinking glass.  Bake cookies for 10-12 minutes or until golden brown at the edges but still soft in the middle.  Cool cookies for 5 minutes on the baking sheet then remove to a wire rack to complete cooling.

Recipe from The Boozy Baker cookbook.

If you prefer your bacon more crisp, precook bacon before wrapping around the shrimp. Make sure it’s still flexible after cooking or it won’t wrap around with breaking.  After preparing shrimp and rinsing, place on a paper towel or pat dry. Combine bourbon, barbecue sauce, honey, olive oil and pepper in a large bowl or resealable bag and stir to mix. Add shrimp and stir again to thoroughly coat. Place in the refrigerator to marinate for at least 30 minutes.  Preheat oven to 450°F and line a baking sheet with parchment paper or foil.  Wrap a strip of bacon around shrimp tightly and secure with a toothpick. Place on the prepared baking sheet and repeat with remaining shrimp.  Place in the oven to bake for 5 minutes. Flip the shrimp over and bake an additional 5 minutes or until shrimp is pink.  Remove from the oven and baste with extra barbecue sauce. Serve immediately.  YUM!!

In a large mixing bowl, add heavy whipping cream and beat on MED-HIGH speed for about 4 minutes, or until stiff peaks form.  To another small mixing bowl, add sweetened condensed milk, vanilla bean paste and Bourbon. Whisk to combine.  Pour sweetened condensed milk mixture into larger mixing bowl with the whipped cream.  Carefully fold together until well mixed.  Pour mixture into a 9"x5" loaf pan and smooth the top out.  Cover and freeze for 8 hours or more.  Serve plain or with a salted caramel topping.