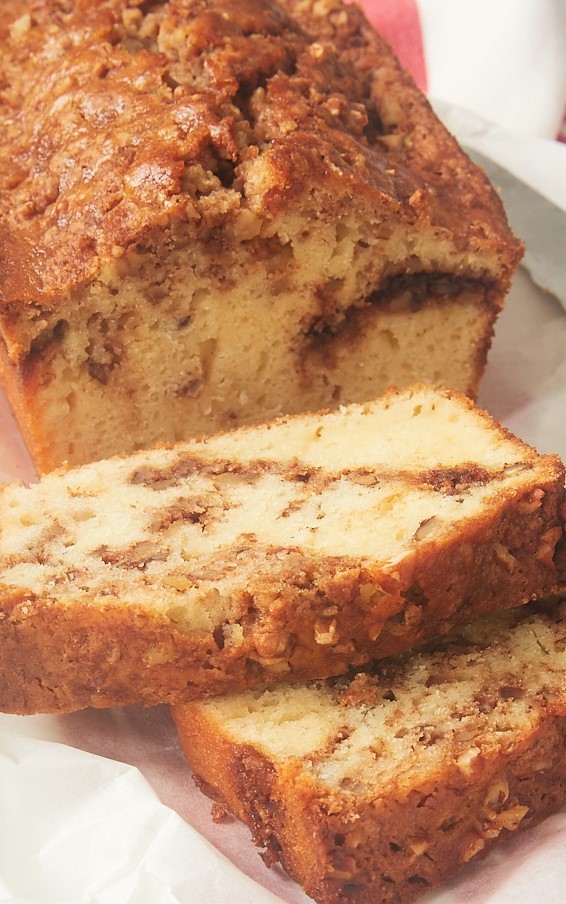 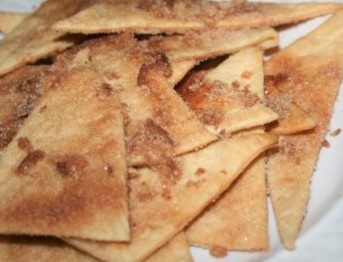 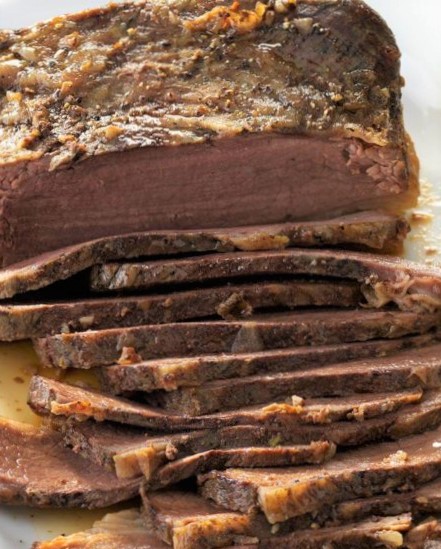 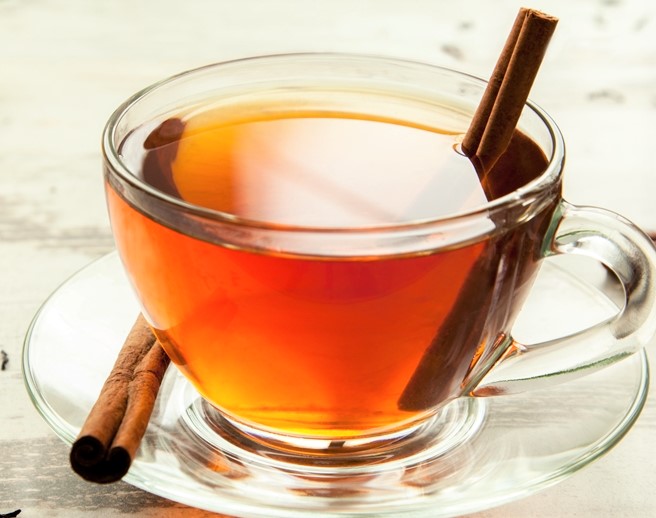 6-8 cinnamon sticks, if you like a strong cinnamon flavor, use 8.

Sugar or honey as desired to sweeten

Place water and cinnamon sticks in a large pot or sauce pan and bring to a boil over high heat.  Reduce heat and simmer for 30 minutes.  You can sweeten your tea per cup if you are sharing and everyone likes something different or you can add a larger amount directly to the pan.  Regardless of whether you sweeten by the cup or by the batch, add sweetener while still hot so it will dissolve completely.  This does make quite a bit, but I like to put mine in a pitcher and I will drink it cold from the fridge the next day after drinking it hot while fresh.  If the flavor of the cinnamon is too strong, you can dilute with more water or ice.  I like the cinnamon to be strong.

Preheat oven to 350°F. Butter 9x5x3'' loaf pan and set aside.  In a small bowl combine 1/2 cup sugar and 2 tablespoon cinnamon, stir together and set aside.  In a medium mixing bowl combine flour, baking powder, salt, remaining 1 teaspoon cinnamon and remaining 1 cup sugar. Sift together to combine.  In small mixing bowl whisk together egg, milk, oil and vanilla. Stir by hand into flour mixture until combined.  Pour half of batter into prepared loaf pan. Sprinkle with half of cinnamon and sugar mixture.  Add remaining batter, and, using a butter knife, swirl batter. Then top with cinnamon and sugar mixture to taste.  Bake for 45 minutes or until a toothpick inserted in center comes out clean.  Cool loaf pan on cooling rack for 10 minutes.  Remove loaf from pan onto a large plate. Some loose cinnamon and sugar will come off onto plate.  Carefully press all sides of bread onto cinnamon and sugar on plate.  Slice and serve.

Place Crock Pot liner in slow cooker.  Place brisket in a 6-qt. slow cooker. In a small bowl, mix remaining ingredients and pour over brisket. Cook, covered, on low 7-9 hours or until tender.  Transfer brisket to a platter and keep warm. Discard cinnamon sticks. Skim fat from cooking juices. In a blender, cover and process cooking juices until pureed and pour into a small saucepan. Bring to a boil. Cook, uncovered, 13-15 minutes or until thickened, stirring occasionally. Cut beef diagonally across the grain into thin slices and serve with sauce.

1 batch hummus, you can make your own or buy a container from the store

In skillet, brown ground beef.  Drain off grease.  Season with coriander, pepper and cinnamon. Meanwhile, toss tomatoes, parsley, lemon juice, and remaining 1 tsp. salt in a medium bowl.  Divide hummus among shallow bowls. Using the back of a spoon, smooth into an even layer, then create a wide divot in the center. Spoon spiced beef and tomato mixture into divot.  Drizzle with oil and sprinkle with red pepper, if using. Serve with lemon wedges, hot sauce, pickles, and pita chips if desired.

Preheat oven to 350°F.  Line baking sheets with parchment paper.  Sprinkle cinnamon sugar on flat surface covered with parchment paper.  Roll out pie crust onto cinnamon sugar as thin as you can.  Use just enough butter to cover pie crust.  Sprinkle cinnamon sugar over pie crust to taste.  Cut crust into pieces.  You can use a knife and make triangles or strips or use fun cookie cutters to make shapes. Place cut pieces onto baking sheet.  Bake 10-12 minutes or until golden brown and crisp.