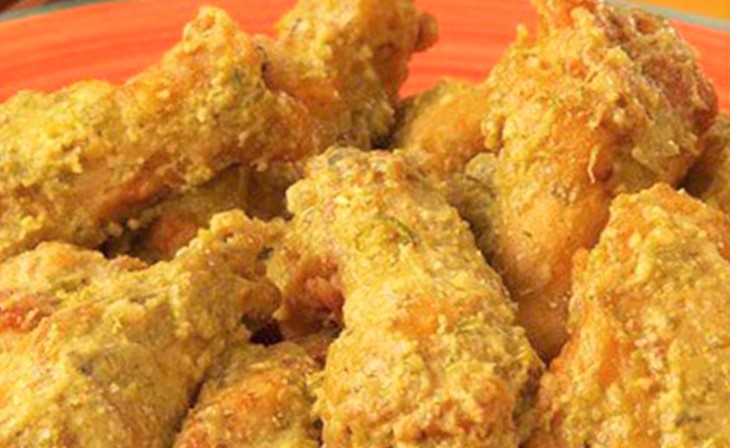 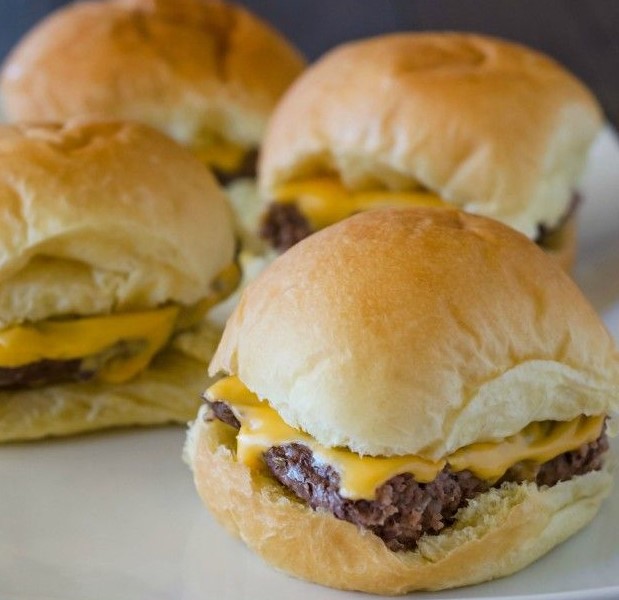 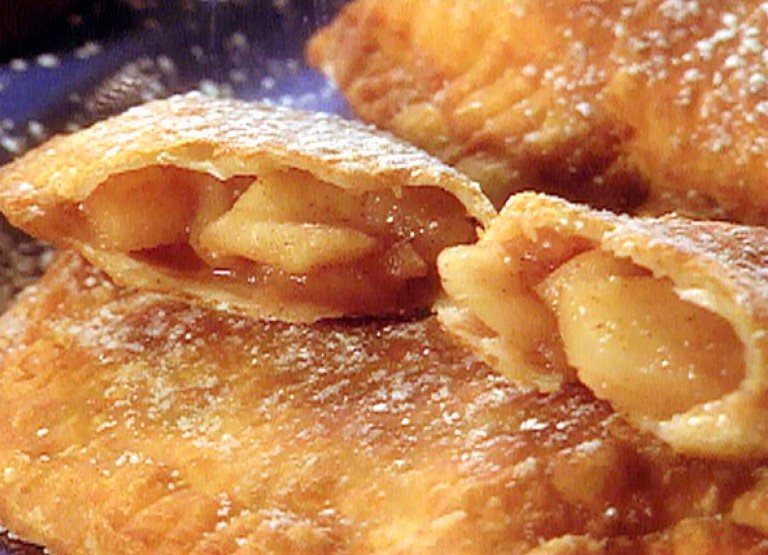 Heat oven to 400°F. In a bowl, combine turkey, onion, bread crumbs, BBQ sauce, salt and pepper. Gently press mixture into a 9x13 baking dish so it makes one large patty of even thickness. Use tines of fork to poke holes throughout meat. Bake for 30 minutes.  When meat is fully cooked, it will shrink away from sides and some grease may accumulate around the edges of pan.  Turkey has less fat than beef so there will not be near as much grease as if you were using beef.  Remove pan from oven and carefully drain off liquid.  Place slices of cheese in single layer on top of meat and return pan to oven for about 2-3 minutes or until cheese starts to melt.  Remove from oven and allow to rest for a few minutes. Cut meat into 2 inch squares (or the size of buns used), making 12 mini-hamburgers.  Serve with pickle slices, mayonnaise, mustard, tomatoes and lettuce or other condiments of your choosing.

Don’t knock it till you try it.  If you reach for a handful of peanuts during a game, you could easily substitute chick peas for your peanuts. And these are so YUM!

Drain and rinse chickpeas.  Pat dry with a paper towel. Dry your chickpeas as thoroughly as possible before cooking to ensure a satisfyingly crisp result.  The less moisture the crisper the results.  Heat oil in a large nonstick skillet over medium-high heat. Add chickpeas to hot oil and cook 20-30 minutes or until golden brown and crispy all over, stirring occasionally.  Transfer chickpeas to a bowl. Add cheese, garlic powder, oregano and pepper and toss gently. Serve immediately, or cool chickpea mixture in a single layer on a paper towel and parchment paper-lined baking sheet before storing in an airtight container.

Apple pie filling, canned or other filling of your choice. Make these half sweet and half savory for a variety. You will need two cans of pie filling to use all the dough this recipe makes or you can store remaining dough in an airtight container in the fridge for up to one week.

To make pastry, mix together flour, granulated sugar and salt. Cut in 1 cup of the shortening until mixture resembles coarse crumbs. Add 1 egg and buttermilk and stir until it just comes together. Add a little more buttermilk if needed. Form it into ball and refrigerate for at least an hour.  To make pies, roll the pastry out into a large square. Trim the edges to make a rectangle. Cut into 8 to 10 long rectangles, using a butter knife.  Spoon a tablespoon or so of filling into the top half of one of the rectangles.  Beat remaining egg and use to seal edges by folding bottom half of rectangle over top. Then crimp edges shut with fork. Repeat with other pies.  Heat oil in a medium, deep saucepan over medium-high heat to 350°F or use a deep fryer.  Fry pies until golden brown, 2 to 3 minutes per side. Remove and immediately drain on paper towels. Sprinkle with powdered or cinnamon sugar and serve.

Vegetable or canola oil, for frying

Combine avocado, cilantro, chipotle sauce, lime juice, cumin, salt, water and garlic in a food processor and process until smooth.  Preheat vegetable oil in a deep fryer to 350°F. Toss chicken wings in a bowl with flour. Fry wings for 10 minutes or until golden and crispy. Remove from fryer, drain and transfer to a bowl. Toss wings with desired amount of sauce.